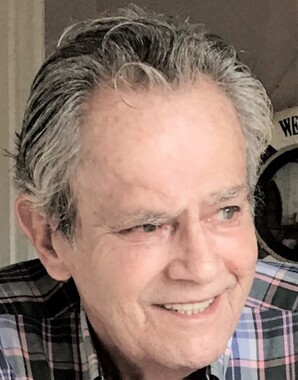 Back to Whitney's story

Jonesport - Whit passed into the arms of his Lord and Savior, Jesus Christ, on January 28, 2020. He was 78 years old. Whit was the son of Gerard L. Austin and Vera G. (Wright) Austin. He was born in Bar Harbor, May 18, 1941.
As a younger man, Whit resided in Connecticut for several years. In 1963, following his dad's death, he returned to Maine.
Whit worked vigorously and tirelessly at becoming a "self-made man."
Whit took his business ventures to Mount Desert Island where he acquired his family homestead in Hulls Cove and turned the small bungalow into a quaint bed and breakfast, overlooking Frenchman Bay. He then later purchased Corkums, in Trenton, ME, renaming it as Acadia Gateway Motel, which still stands today.
Whit was known throughout his life for his love of cars. He owned and operated Acadia Automotive, well into his later years.
Whit loved being on the water and had a passion for sailing. An avid and accomplished sailor, he made several trips, encompassing weeks at a time up and down the Atlantic seaboard aboard his beloved "Hawnalee".
Later in life, Whit discovered his true purpose as a committed follower of Christ. He laid down roots in Jonesport, where he found a community of believers and a church family at Jonesport Pentecostal Church. He was active in the Church until the day of his passing.
Predeceased by his parents, Whit's legacy will live on through his 8 children, all of whom survive him. They include Stephan and wife, Rachel Austin of Sarasota, FL, Darren and wife, Angie Austin of Jonesport, Whitney and wife, Heather Kemmey of Fredericksburg, VA, Tara and husband James Davis of Johnson City, TN, Aimee Dietz of Northport, FL, Christian and fiancé, Hailey Austin of Surry, ME, Malachi and wife, Gretchen Austin of Lamoine, ME, and Zachary and wife, Chelsea Austin of Delray Beach, FL. ; 23 grandchildren (with 1 on the way); 12 great-grandchildren (with 3 on the way); 2 sisters, Joan and husband, Jim Yocum of Arlington, VA, and Kathryn and husband, Dana Milair of Mount Desert, ME; nieces and nephews Jessica Yocum Neumann and Jahn Sood and Jenna Sood. Whit also leaves behind his beloved Teacup Pomeranian, "Cubby".
A memorial service will be held on Saturday, February 15, at 2:00pm, at The Pentecostals of Jonesport, 10 Lamson Lane, in Jonesport, with Rev. Steve Bertrand officiating.
The family plans a private gathering in the spring to honor Whit's memory.
To remember Whit in a special way, in lieu of flowers, the family suggests donations be made to the Jonesport Pentecostal Church.
Published on February 12, 2020
To send flowers to the family of Whitney "Whit" Austin, please visit Tribute Store.

Send flowers
in memory of Whitney

Emma
Gonna miss you Remembering all the good times we had together and your wonderful sense of humor.We were friends for 46 years even if there were times we lost contact with each other it didn’t dampen our friendship. Will miss you more than you could have ever imagined. Love you my friend. Until we meet again
Holly Mullins
When Whit first started coming to our church, our family invited him to have Christmas with us. My sister and I had so much fun shopping for him to make him up a stocking. Watching him open that stocking and the joy he expressed was the highlight of that Christmas.
Whit we miss you so much. Your beloved Cubby is loving living with Mom and Dad getting spoiled and loved. He loves when "cousins" (furbabies) come over for a playdate. He has some of your clothes to snuggle.
Give Jesus a hug from us. Until we meet again ❤️
View all