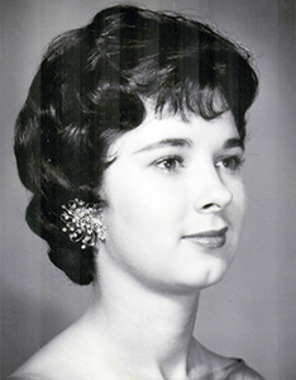 Back to Suzanne's story

Corinna - Suzanne Marie Pearson, born December 17, 1936, died March 3, 2019 after battling double myeloma for over 10 years. She was 82. Suzanne was the daughter of John T. and Bernice Monica (Farraher) Karnes of Bangor.
She graduated from Bangor High School in 1955. She participated in chorus and starred as "Daisy" singing A Bicycle Built for Two in a school production.
In her senior year, she assisted her friend Marlene Cohen operate Bangor Rye Co. while Marlene's parents went to Boston to watch their son Bill play for Bangor High School in the New England Basketball Championship.
After graduation, she worked at Dow Air Force Base as a secretary. Later that year, she was named "Miss Dow Air Force Base." One of the "Fly Boys" at the base was Dave Hartman. Suzanne didn't realize until last year Hartman became television's "Lucas Tanner" and the original Good Morning America male host. While watching an episode of "The Virginian" she exclaimed "My God, that's Dave Hartman."
In 1955, Suzanne married and moved to New Jersey. In 1956, she gave birth to her first child Dawntina Jones. In 1959, she returned home to Bangor following her divorce. She worked at an insurance company until 1964 when she remarried. Suzanne married James Pearson on September 12, 1964 and moved to her husband's hometown of Corinna. Suzanne worked at Snowflake Canning Co. until it burned down. She later gave birth to the couple's son William in 1966.
Following William's birth, she was a housewife until he entered school in 1971. She re-entered the work force as a teller at several Newport banks, a secretary at Fay-Scott Co. in Dexter and as an executive secretary for a prominent Bangor lawyer. Later, she worked as an insurance customer representative until the couple entered the restaurant business.
The couple lost a tenant at their rental property in 1986 when Skowhegan Savings Bank moved its local branch to a new location. The Pearsons along with a partner converted the former bank space into the Family Affair Restaurant. Suzanne worked at the restaurant until the couple's divorce in 1996. She continued her employment as a waitress at the Irving Restaurant in Newport. She also embarked on a new job which she truly loved, substitute teacher in SAD 46 and 48. Suzanne imparted her special brand of common sense, discipline and striving for excellence with her elementary, junior and senior high school students.
She continued working both jobs until she was diagnosed with cancer in 2007. As a mother, Suzanne took an active role in children's lives. She was a Cub Scout den mother, Corinna Recreation Committee member, and attended her children's athletic and school events. She also coached PAL cheering and girls basketball for one season.
She was a voracious reader. She enjoyed mysteries and romance novels. She was also a longtime member of the Corinna Literary Club.
Besides cancer, Suzanne battled COPD and congestive heart failure for years. In her retirement, she enjoyed watching movies and cable news.
She is survived by 2 children, Dawntina Dumais of Dexter and William Pearson of Boothbay Harbor; her sister Janice Broad and her partner Clint Van Aken, both of Veazie; and sister-in-law Barbara Karnes of Bangor; 3 grandchildren, Kristen Jones of Pittsfield, Elizabeth Magnuson and her husband Peter Magnuson, III of Blackstone, MA, and Stephanie deWildt and her husband Lucas deWildt of Lisbon; 10 great grandchildren, Ella and Judson Jones, Brookelin Mills, Blair Clukey, Peter and Kinsley Magnuson, and Landon, Ruby, Reagan and Rothy deWildt, who all called Suzanne "Hammie." She was predeceased by her brother John T. Karnes, Jr. Suzanne is also grateful to her dogs Rascal, a Shih Tzu, who died in 2008, and Zoey, a Pomeranian who she has cared for since 2009. "When I reach the gates to Heaven I will be reunited with the loves of my live, Rascal and Zoey." Suzanne said.
During her illness, she appreciated the assistance of her special friends and neighbors, Gail and Ken Dostie and Beverly Stankevitz.
A celebration of her life will be held from 12-3 P. M. on Sunday, March 17th at her home at 38 Nokomis Road, Corinna.
In lieu of flowers, memorial donations may be made to the Bangor Humane Society, 693B Mt. Hope Avenue, Bangor, ME 04401. Those who wish may leave written condolences at www.CrosbyNeal.com
Published on March 12, 2019
To plant a tree in memory of Suzanne Marie Pearson, please visit Tribute Store.

Plant a tree in memory
of Suzanne

A place to share condolences and memories.
The guestbook expires on June 10, 2019. 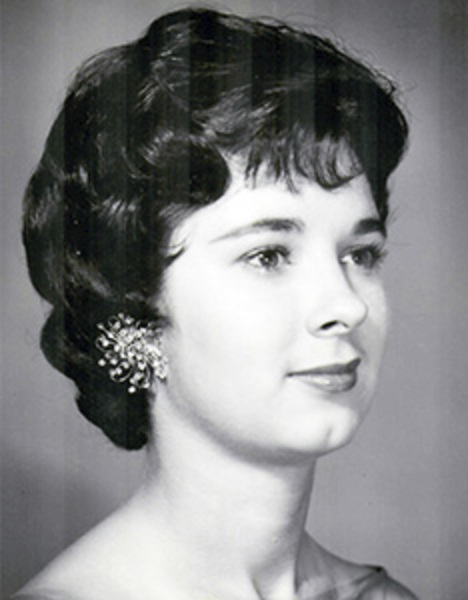