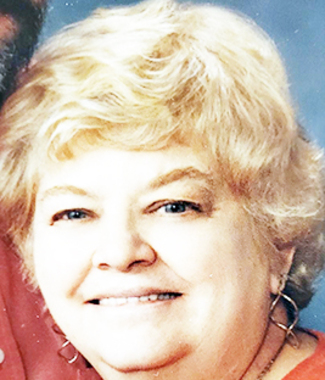 Back to Sigrid's story

Hancock - Sigrid Skoog Marden passed away December 23, 2019 at her home in Hancock with her husband at her side. She got to celebrate Christmas with her Lord and Saviour. Sigrid was born in Portland, Maine July 21, 1942 to Marguerete and Nels Skoog and grew up in Bangor. She loved music and dance, teaching dance at the Polly Thomas School of Dance in Bangor. Dance was her featured talent when she competed in the Miss Bangor-Brewer pageant.
After graduating from Bangor High in 1960, Sigrid went to the Chandler School for Women in Boston. She took a job as an executive secretary at the law firm Spencer and Stone in Boston.
When her father's health began to decline, Sigrid moved back to Maine in 1978. She bought a camp on Holbrook Pond in Holden, living with her folks in Brewer in the winter. Sigrid got a job as office manager at the regional EMS office at the Eastern Maine Vo-Tech in Bangor. That job provided the chance to meet her future husband who was an EMT and assisted teaching EMT classes. Although she played hard to get, David persisted and they were married December 29, 1979. She was only 6 days short of their 40th anniversary when she died.
Sigrid and David moved to the Auburn Lewiston area and she worked as a legal secretary for Mr. Isaacson at Brann and Isaacson until 1987 when they moved to Bangor with their adopted son, Daniel. Sigrid's full time job changed to mother and housewife. Two more adoptions followed, daughter Leila and son Eric. The next 28 years were spent in Bangor raising a family and welcoming several grandchildren to the family. She and David moved to Hancock in 2015, where she spent the last four years enjoying old friends, making new friends, being an active member of church and enjoying downeast Maine.
Sigrid had to deal with multiple health issues beginning about 15 years ago. First was sudden vision loss leaving her legally blind. Her biggest complaint was no longer being able to drive her custom lavender/purple Harley. This was followed by a stroke, diabetes, congestive heart failure, a triple bypass and pacemaker, spinal stenosis and COPD. She was a tough Swede and handled it all with grace and an upbeat attitude. She always worried more about those around her than about herself.
Sigrid was active in church, participating in women's groups, teaching Sunday school, prayer groups and singing in the choir until her vision loss prevented it.
Special thanks to all of the wonderful health care providers she interacted with at Bangor Internal Medicine, Northeast Cardiology, Northern Lights Bangor, Northern Lights Ellsworth, Dr. Moulton and Hancock Dental.
Sigrid was predeceased by her parents Marguerete and Nels Skoog, nephew Torr Skoog, husband's parents Catherine and Mickey Marden and sister in law Nancy Marden.
Sigrid is survived by husband David, son Daniel and his daughter Zariah, daughter Leila Herbest her husband Thomas and their daughters Elizabeth, Arianna and Ellyanna, son Eric and his daughters Annabella and Brynn, brother Eric his wife Nancy and their son Sven and wife Ginger and children Lars and Uli, and daughter Ingrid and husband Matt, sister in law Martha Hutchins and husband Brent and their children Mike and wife Molly and daughters Evangeline, Charlotte, Hannah, Josephine and Genevieve, daughter Katie and husband Charlie Wiley and children Titus, Liam, Jed, Marisol, Deacon and Beatrice, son Mark and wife Emily, brother in law John wife Jane and children, and brother in law Ham and wife Lois and children.
Per Sigrid's wishes, there will not be a funeral. Close family and friends will gather at her camp for a celebration of life this summer.
In lieu of flowers, donations in her memory may be made to Bangor Humane Society, 693 Mt. Hope Avenue, Bangor, Maine 04401.
Memories and condolences may be shared with the family online at www.directcremationofmaine.com.
Published on December 27, 2019
To plant a tree in memory of Sigrid Marden, please visit Tribute Store.

Plant a tree in memory
of Sigrid

A place to share condolences and memories.
The guestbook expires on March 26, 2020. 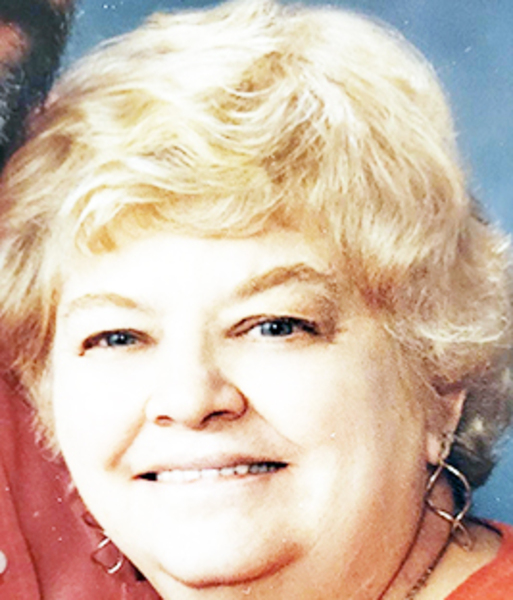