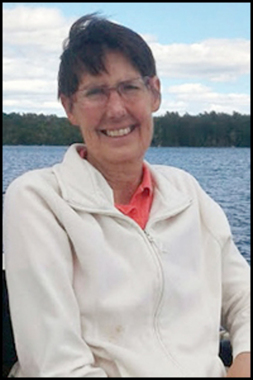 Back to Shelly's story

Washington - On a cool, crisp fall day, surrounded by her loved ones and with her husband of thirty-seven years holding her hand, Shelly A. Eaton passed peacefully away on Oct. 13, 2017.
Born on July 27, 1955, to Geraldine and Joseph Lounsbury, Shelly grew up in Hampden. One of four siblings, she spent her summers fishing and swimming at her parent's camp on Swan Lake and helping at Johnson's Horse Farm in Newburgh. In the winter, she enjoyed skiing at Sugarloaf and playing basketball for the Hampden Academy Broncos. Shelly attended Beal Business College in 1973 where she met the love of her life, Jeffrey Eaton. They were married in 1980. Following graduation, she worked for the Maine State Attorney General's Criminal Division on many high profile cases as a legal secretary until she retired in 1995. Shelly and Jeff lived in Richmond for twenty-five years where they raised two daughters and an entire menagerie of animals, including horses, cows, pigs, sheep, and one particularly mean goat. An accomplished rider, Shelly was actively involved in both 4-H and Pony Club. She also enjoyed going to Puckerbrush Horse Camp and volunteering at Flying Changes, a therapeutic riding center in Topsham.
In 1985 Shelly was diagnosed with Pompe Disease, a very rare form of degenerative muscular dystrophy. Despite her physical limitations - or perhaps because of them - Shelly was able to find the beauty in life's smallest moments, whether it be a glowing sunset or the sound of her grandson's laughter. Over the course of their marriage her husband cannot recall a single time where she ever spoke an unkind word about anyone. Even though her body was weak, Shelly's optimism and courage made her the strongest woman her family and friends have ever known. May her indomitable spirit and tenacious grip on life live on within all of us. She will be dearly missed.
Shelly is survived by her husband, Jeffrey Eaton; two daughters, Jillian Eaton Biehl, and her husband, Craig, of PA, Kasey Leidenroth and her husband, William, of ME; beloved grandson, Hank Biehl; brother, Joseph Lounsbury, Jr. and his wife, Donna of FL; sisters, Sharon Wright and her husband, Robert, of Ohio; Sheila Marriner and her husband, Michael, of ME; nieces, Melissa Osher, Sarah Marriner, Stacy McCarthy, Lisa Wright Shuster, and Lauren Wright; nephews, Jason Lounsbury, Bryan Wright, Zachary Marriner, and Daniel Wright; and aunts, Ann Lounsbury and her husband, Merle, and Sally Lounsbury.
A celebration of life will be announced in the spring and will be held at the family farm in Washington. In lieu of flowers, a memorial contribution in her name can be sent to, Horses with Hope, 38 Grassow Loop, Hope, ME 04847.
Arrangements are with the Long Funeral Home & Cremation Service, 9 Mountain Street, Camden. Condolences may be shared with the family at www.longfuneralhomecamden.com.
Published on November 4, 2017
To plant a tree in memory of Shelly A. Eaton, please visit Tribute Store.

Plant a tree in memory
of Shelly

A place to share condolences and memories.
The guestbook expires on February 01, 2018. 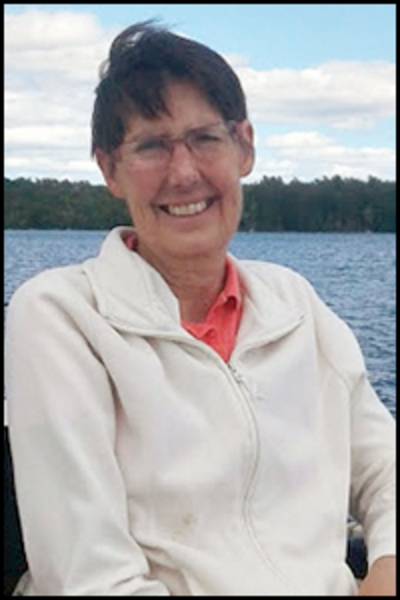