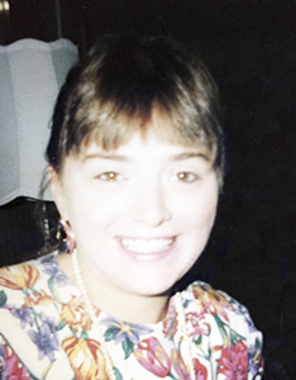 Back to Sheila's story

Perry - Sheila Marie Apt, 53, passed away on Tuesday, May 7, 2019 with her family by her side after a grueling battle with cancer. Sheila was born on May 8, 1965 in Boston, MA to Dianne (Paul) Apt and Forrest L. Apt Sr.
Sheila worked as a CNA, bank teller, pharmacy technician and floater at Pleasant Point Health Center. She enjoyed working with and caring for people. Sheila met the love of her life, Frederick Currier, and they moved to Maine. They spent 28 years together and were soulmates.
Sheila was predeceased by her husband Fred Currier; brothers, Royce Apt and Forrest "Rusty" Apt Jr.; and her father Forrest Apt Sr. Sheila is survived by her mother, Dianne (Paul) Apt; her three children, Hannah and her daughter Sophia, Joshua Currier and his companion Brooke Cleaves and their son Frederick, and Ryan Currier and his wife Krystle and their children Kyndrah, Collin and Carson; her siblings, sister Annie Apt-Brackett and her children, Kailie, Leela and Patrick, brother Eric Apt Sr. and wife Michelle and their children Marie and Eric Jr., and sister Diana Scalise and her husband Joseph; sisters-in-law, Elaine Apt, Dolly Dana and Michelle Apt; and her aunts Grace Paul, Mary Francis and Ann Light.
Sheila's grandchildren, Sophia and Frederick, were the light of her life. She spent many hours with them teaching them things and taking walks to the playground. Sheila was proud of her children and always there if they needed her. She loved collecting mice and clowns. Sheila also had a special place in her heart for friends, Donnell "Skip" Dana Jr., and Amanda Farrell. Words cannot describe what a wonderful mom, grandmother, sister, daughter and aunt Sheila was. She enjoyed telling people that she "was the nicest sister." This was true, she was the nicest sister. Sheila's nickname was mouse, given to her by her brother Rusty. Sheila loved spending time with her nephew Patrick Bassett and his wife Brianna. She was such a great aunt to her nieces Kailie and Leela. Sheila touched so many lives that words cannot describe it.
A celebration of Sheila's life will be held at a later date. Arrangements by Mays Funeral Home, Calais & Eastport. Condolences and memories may be shared at www.maysfuneralhome.com
Published on May 12, 2019
To plant a tree in memory of Sheila M. Apt, please visit Tribute Store.

Plant a tree in memory
of Sheila

A place to share condolences and memories.
The guestbook expires on August 10, 2019.