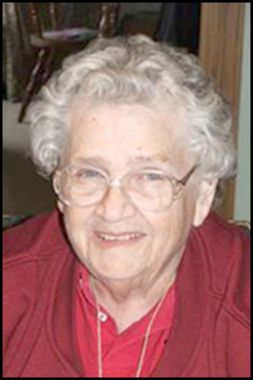 Back to Ruth's story

Lincolnville - Ruth Nickerson Felton, 91, of Lincolnville, passed away Saturday, January 6, 2018, at Tall Pines in Belfast, after a brief illness. Born at home in Lincolnville on November 12, 1926, Ruth was the younger daughter of Leland and Elsie (Thomas) Nickerson. She grew up on the family farm in Lincolnville, attended a one-room schoolhouse, then attended Camden High School graduating at the age of 16. It was here she met and later married her husband, John Willis Felton, on August 11, 1943. They lived for a short time in Camden, before moving to East Hartford, Connecticut in 1951, where they lived and raised a family of six children. Ruth moved back to her childhood home in Lincolnville in 1998, after the death of her parents and husband. She lived independently there, still driving, gardening, mowing her own lawn, and basically maintaining the homestead until about seven months before her death. Ruth was predeceased by her husband of 39 years, John (1982); and one sibling, Doris Nickerson Burns (1993). She is survived by her six children, their spouses and families; one brother-in-law, Stephen H. Felton of Cincinnati, OH; as well as many nieces and nephews. Her children are: Patricia Felton (Belfast), Andrea and Michael Perko (Colchester, CT), John (Lee) and Jacqueline Felton (Kokomo, IN), Margaret and Kenneth Viens (Waterville), Marjorie and Stanley Watson (Georgetown, MA), and Janet and Donald (Bud) Weisner (Willington, CT). She was also blessed with eight grandchildren and their spouses, Stephen and Amy Perko Hand, Michael Perko, Nicholas and Lindsey Klee Viens, Daniel and Laura Desrochers Viens, Sara Watson and Nicholas Smith, David Watson, Christopher Weisner, and Bridget Weisner; and ten great-grandchildren, Stephen and Zachary Hand; Amanda, Alyssa and Jacob Perko; Henry, Elizabeth and William Viens; Juliet Viens, and McKenzie Weisner. Ruth worked for a short time as a secretary at Connecticut General Life Insurance Company, in Hartford, CT, but was predominantly a lifelong homemaker and volunteer. She was proud of her 78-year membership with the Lincolnville Tranquility Grange. Ruth was also an active member of the Burnside United Methodist Church in East Hartford, and the United Christian Church, Lincolnville. She enjoyed crossword puzzles, card games and most recently Mahjong, and was known for her knitting and crocheting skills, as well as her gardening, and cooking skills. She was especially noted for her jams, jellies, pickles and relishes which she sold or donated at many community events. She was a quiet woman, who never had a bad word to say to anyone, was well liked by all who met her, and she will be sadly missed by her many friends. Calling hours will be held 4-6 p.m. Tuesday, January 9, 2018, at Long Funeral Home, 9 Mountain Street, Camden. A memorial service will be held at 3 p.m. Wednesday, January 10, 2018, at the United Christian Church, Lincolnville Center, with the Rev. Dr. Susan Stonestreet officiating. Spring burial will be in the Mountain View Cemetery in Camden. Memorial gifts may be made in her memory to the United Christian Church, P.O. Box 288, 30 Searsmont Road, Lincolnville Center, ME 04850; Lincolnville Improvement Association, 150 Richards Road, Lincolnville, ME 04849 or to Tranquility Grange, c/o Rosemary Winslow, 6 Winslow Dr., Lincolnville, ME 04849. Condolences and memories may be shared with the family at www.longfuneralhomecamden.com.
Published on January 9, 2018
To plant a tree in memory of Ruth Nickerson Felton, please visit Tribute Store.

Plant a tree in memory
of Ruth

A place to share condolences and memories.
The guestbook expires on April 08, 2018. 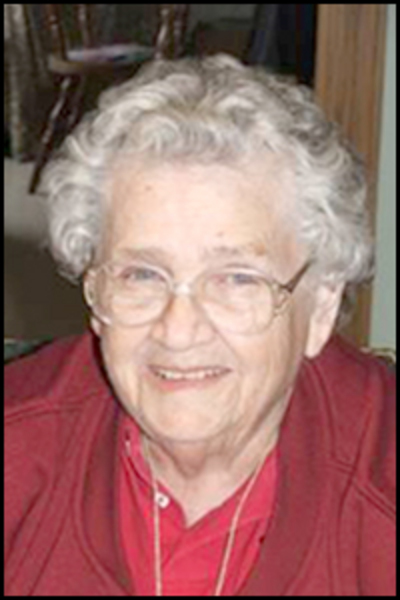