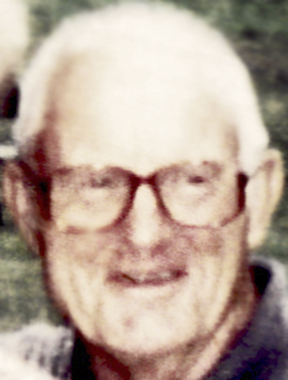 Verona Island - Redman, Robert F., 92 of Verona Island. It is with great sadness that the family of Robert Redman announces his passing on May 5, 2019.
He was predeceased by his parents R. Fulton and Doris (Sukeforth) Redman, his brother, Norman Redman and most importantly by his beloved, Goldie, his bride of nearly 68 years.
He is survived by his sons, Bill and wife Karen and Glenn and partner Clarence; his grandchildren, Chad, Adam, Travis, Kathryn, and Samantha; great-grandchildren, Reilley, Kaela, Hunter, Maggie, Peyton and Rhiannon;.and a brother, Wayne Redman and his wife, Helen.
Several months ago and after a recent hospitalization, he asked me, his daughter-in-law to write his obituary. He wanted all of you to know; "I'm 92. It was a pretty good run."
The family also wishes to extend heart felt thanks to Carla Rogerson, Kathleen Koppes, Courtney (Coco) Swazey and his much beloved "wingman" his grandson Adam. You all helped Karen take care of Bob during his remaining few months.
A committal service at the family cemetery will be held this summer. An announcement will be put into the enterprise at a later date. Arrangements are under the care and direction of Mitchell-Tweedie Funeral Home, 28 Elm St., Bucksport. www.mitchelltweedie-young.com
Published on May 10, 2019
To plant a tree in memory of Robert F. Redman, please visit Tribute Store.

A place to share condolences and memories.
The guestbook expires on August 08, 2019.