Searsport - Robert Merriam Hooper passed away in his home after a long battle with kidney cancer on November 29, 2019. Robert will be remembered for his fiery personality, strong work ethic, and his love of Maine and Penobscot Bay. Robert was born in Ellsworth on February 21, 1947, to Kenneth Charles Hooper of Sedgwick and Grace Louise Hooper (nee Merriam) of Thorndike.
Robert grew up in Belfast and graduated from Crosby High School in 1965. Robert was a varsity football player and golfer for the Crosby Lions. After high school, Robert played semi-professional football in Connecticut for the Meriden Shamrocks and worked for Pratt & Whitney. He returned to Belfast to marry Iris Rose Hughes in September 1967, and raised two children (Jennifer Margaret Hooper b. February 13, 1968 and Benjamin Robert Hooper b. September 22, 1971) in Belfast and Swanville. Robert completed a two-year program at Eastern Maine Vocational Technical Institute in Diesel, Truck & Heavy Equipment and worked for St. Regis (later Champion International and International Paper) in Bucksport for nearly 40 years. In addition to his work at the mill, Robert was an avid hunter and lobster fisherman who could navigate Penobscot Bay and its many islands from memory.
When his children were young, Robert planned their summer vacations at Swan Lake or exploring the islands of the inner and outer bay, including his favorites: Pond Island, Ram Island, Butter Island, and Isle au Haut. In Belfast, Robert volunteered as a pee week football and little league coach and sat on the MSAD #34 school board for a number of years. While raising his family, Robert found little reason to leave his beloved home in Maine unless it was to take them to see the Boston Red Sox or the New England Patriots play or to snowmobile in Quebec with his son; brother, Kenneth; and assorted friends.
In 2008, Robert married Lois Hall and they split their time between Maine and North Port, Florida, where Robert loved to golf and fish. With Lois, Robert learned to enjoy travel and they toured much of the United States and Europe before Lois succumbed to Wegener's Disease in May 2014. Much to Robert's surprise and delight, he met Paulette Vance in July 2015, and they were married at his daughter's house in West Cornwall, Connecticut in October 2017, surrounded by friends and loved ones. Although their time together was much too short, Paulette made the last years of Robert's life happy and filled with love. Robert was an archetypal "Mainer" who loved football, golf, and snowmobiling, almost as much as he loved bragging about his children and grandchildren.
Robert is survived by his wife, Paulette; his four brothers; Kenneth Hooper, Michael Hooper, Dennis Hooper, and Timothy Hooper; his sister, Katherine Raymond; his half-sister, Debra Forti; daughter, Jennifer Selendy; his son, Benjamin Hooper; his nieces, Suzanne Hooper and Linda Hanusek; and his six grandchildren, Alexander Hooper, Maximilian Selendy, Liam Selendy, Marina Hooper, Benjamin Augsburg Hooper, and Matthew Hooper.
A celebration of life will be held from 6:00 PM to 10:00 PM on 2020-01-11 at Captain Nickel's Inn, 127 East Main Street, Searsport, ME, USA.
Published on December 1, 2019
To plant a tree in memory of Robert Merriam Hooper, please visit Tribute Store. 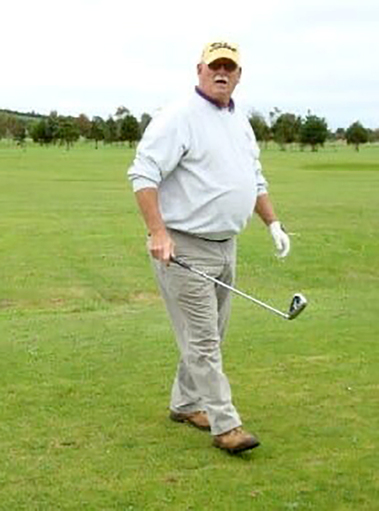 A place to share condolences and memories.
The guestbook expires on February 27, 2020.

Restore the guestbook to view the 31 more posts by family and friends, and share a memory or message of condolence of your own.