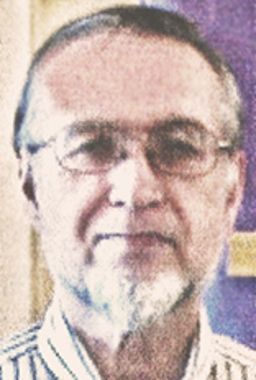 Bucksport - Richard R. Noyes, 71, passed away comfortably March 23rd, 2019, at Eastside Center for Health and Rehabilitation in Bangor. Born in Millinocket, Me., he was the son of Richard W. Noyes and Nancy Elizabeth (Betty) Noyes (Larlee).
He was a graduate of University of Maine (B.A. English) and Bangor Theological Seminary (Master of Divinity). He was an ordained Methodist minister, having served several churches in ME, NH, and MA, including Bangor, Fort Fairfield, Patten and Orrington. Between 1989-1994 he worked for Occupational Health Research, an industrial medicine software company in Skowhegan as a leader of their technical support team. He also worked for a brief time at Jackson lab in Bar Harbor. Later in life, he worked with several school systems, including Bucksport, as a teacher and volunteer. He used this opportunity to bring together two of his passions in life, working with the community and chess, spending his time teaching and coaching the chess team at Bucksport High School.
When he was a young man, a seemingly terrible car accident, hospitalized him at Eastern Maine Medical Center. However, this event led him to meet a staff nurse named Nancie Spratt, who would later become his loving wife. Richard and Nancie were married Aug. 19, 1973 at Alamoosook Lodge, Orland. Throughout their almost 40 years of marriage, they raised two children and worked to improve the communities they lived in. They participated in several support groups in areas of grief, adoption, Alzheimer's caregivers, Muscular Dystrophy and parents of special needs children. As a highlight of their lives together, they helped raise money and delivered a school bus to Guatemala, to make it possible for children there to attend school. As Richard always made well known, they were soul mates.
A true people person, Richard loved to be out in the community. He participated in several bands, including the Bangor Band, where he enjoyed playing his trombone. He never missed an opportunity to strike up a conversation or make a new friend. Unfortunately, the last six years of his life were impacted by Alzheimer's. He appreciated the support he received from the caregivers that worked with him and the community he lived in during that time.
In addition to his parents and wife, Nancie, he was predeceased by a brother Daniel Noyes. He is survived by his son, Timothy Noyes and his wife Jessica; his daughter, Rebecca Noyes; his grandson, Alexander Noyes; his brother Robert Noyes and extended family.
Family and friends will gather for a funeral service on Friday April 5 at 11:00am at Mitchell-Tweedie Funeral Home 28 Elm St. Bucksport with Pastor Peter Remick officiating. (mitchelltweedie-young.com)
Published on March 26, 2019
To plant a tree in memory of Richard R. Noyes, please visit Tribute Store. 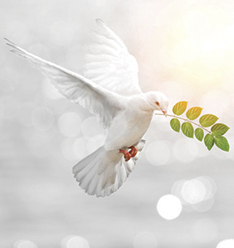 A place to share condolences and memories.
The guestbook expires on June 24, 2019.

Restore the guestbook to view the 17 more posts by family and friends, and share a memory or message of condolence of your own.