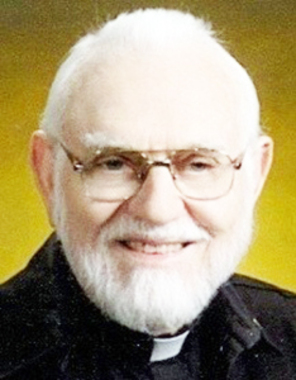 Back to Rev. Leroy's story

Tewksbury - Rev. Leroy Delano Landry, OMI, 83, died on April 18, 2019, at the Immaculate Heart of Mary Residence in Tewksbury, Massachusetts. He was the last of 10 children and a son of the late Alexis J. and Annie (Bouthot) Landry. He was predeceased by a sister, Alexine Tinkham; eight brothers: Alex, Edgar, Martin, Patrick, Paul, Philip, Ray Charles, and Rudy; and all but one of his siblings' spouses.
Fr. Landry was born in Millinocket, Maine. He began his education at the St. Martin of Tours School in Millinocket. He completed high school studies at the Missionary Oblate seminary in Bucksport, Maine. He entered the Oblate Novitiate in Colebrook, New Hampshire, where he made his first vows on August 2, 1955, then completed college studies in philosophy and theology at the Oblate seminaries in Bar Harbor, Maine, and Natick, Massachusetts. He professed his perpetual vows on September 8, 1958, in Natick and was ordained to the priesthood on February 24, 1961 in St. Patrick Parish, Natick, by Bishop Riley.
Following ordination, Fr. Landry was assigned to the Oblate missions in Haiti where he would spend the next thirty-six years of his life in service to the marginalized and the poorest of the poor. Fr. Landry spoke Haitian Creole, French and English.
Fr. Landry returned the United States in January of 1999. After a period of readjustment to life in the States, he was assigned to the Immaculata Retreat House staff in Willimantic, Connecticut, where he remained until January of 2005. He spent the next five years in Maine ministering in St. Mary of Lourdes Parish, Lincoln, and St. Leo Parish, Howland. In the fall of 2010, he was assigned to the André Garin Residence in Lowell, Massachusetts. His next assignment was St. Mary's Parish in San Antonio, Texas. In 2013, he returned to Massachusetts and joined the St. Eugene House Community in Lowell. He became a member of the Oblate community at the Immaculate Heart of Mary Residence in Tewksbury in 2014 and remained there until his death.
In addition to his Oblate family, Fr. Landry is survived by his sister-in-law Patricia Landry (widow of his brother, Paul); by many nieces, nephews, grand-nieces, grand-nephews, great-grand-nieces, great-grand-nephews, and some cousins.
Fr. Landry chose to have his body donated for medical research. Therefore, there will be no calling hours. A Memorial Mass will be celebrated at the Immaculate Heart of Mary Residence, 486 Chandler Street, Tewksbury, on Wednesday, April, 24, 2019, at 11:00 am. Final interment will take place in St. Joseph Cemetery, 96 Riverneck Road, Chelmsford, Massachusetts, at a later date.
Donations in memory of Fr. Landry may be made to the Oblate Infirmary Fund, 486 Chandler Street, Tewksbury, MA 01876.
The McKenna-Ouellette D'Amato Funeral Home, 327 Hildreth Street, Lowell, MA, is in charge of arrangements. For condolences or directions, please visit www.mckennaouellette.com.
Published on April 21, 2019
To plant a tree in memory of Rev. Leroy Delano Landry, O.M.I., please visit Tribute Store.

Plant a tree in memory
of Rev. Leroy

A place to share condolences and memories.
The guestbook expires on July 20, 2019. 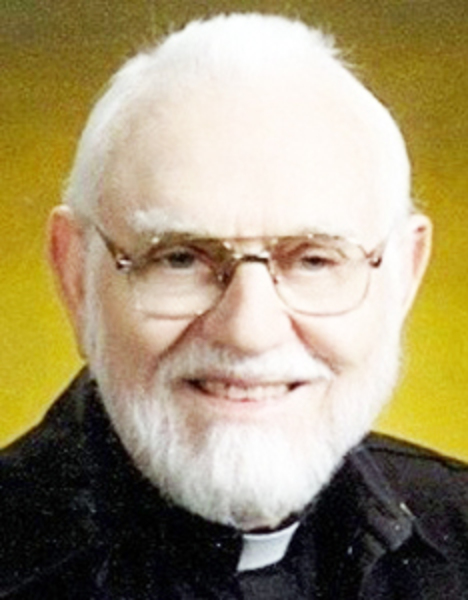