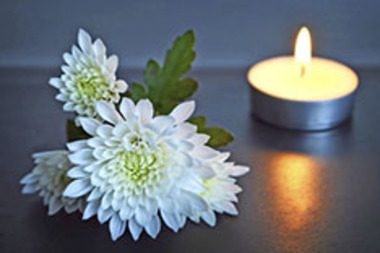 TOPSFIELD - Dynamo, doughnut-maker, and woman-on-the-go, Reta Severance departed for her last adventure on July 2, 2019. The daughter of Newell and Ollie McLaughlin, Reta was born April 13, 1930 in Brookton, Maine. She married Raymond Severance on February 21, 1948. They made their home in Topsfield, Maine, where they raised three children and housed and fed many others.
An avid hobbiest, Reta dove into fly tying, beading, Ukrainian egg painting, quilting, teddy bear making, gardening, and backyard poultry farming with equal gusto. Her abiding passion was knitting. She was renowned for her ability to knit a pair of mittens in a day. Many residents of Washington county have been kept warm by her wool socks, hats, and mittens, including the students at the East Range II Elementary School in Topsfield where she knitted a pair of mittens for every student each winter. If you ever see someone wearing a fish hat in the Calais area, chances are better than average that Reta knitted it.
She hated sitting still, unless it was to share a cup of coffee or a drink with company at her kitchen table. She was on the road at every chance, taking classes, hitting the yard sales, looking for a good deal on yarn, or searching for fried clams with just the right amount of crispiness. After retiring from a career as a cook at the East Range II Elementary School and the Indian Township School in Peter Dana Point, she kept busy by continuing to work as a cook at schools and camps around Maine. Her dinner rolls were legendary, and she continued to receive catering requests for home-baked rolls from former students throughout her retirement.
Through her many jobs and travels, Reta knew virtually everyone between Houlton, Calais, and Bangor. A day out with her inevitably led meeting several new friends. She welcomed newcomers to her hometown with the same verve. New neighbors quickly became new friends and honorary family members. On Monday mornings she held court over her weekly knitting group, bringing together old and new friends over coffee and yarn.
Reta was predeceased by her husband Raymond; a daughter, Anne; and close friend Norman Gaylord. She is survived by her daughter Sharon and son-in-law James Bala; son Gordon and daughter-in-law Eva Severance; and son Glenn and daughter-in-law Denise Severance; grandchildren Jennifer McDonald, Carolyn Sullivan, James Bala Jr. and his wife Sarah, Michelle Isham, and Dennis Severance; great-children Matthew McDonald, Meagan MacDonald, Liam Bala, Ben Bala, Henry Bala, and Owen Isham; and dear friends Bob and Marge Chandler, Rose Jenkins, Jaynee McLellan, Eveonne White, and the Monday morning knitting ladies.
A graveside service will be held at Hunnewell Acres Cemetery in Topsfield on Monday, July 22 at 1:00 p.m. Friends are invited to join Reta's family at the East Range II School for snacks and stories of her exploits following the service.
Published on July 9, 2019
To plant a tree in memory of Reta Severance, please visit Tribute Store.

Plant a tree in memory
of Reta

A place to share condolences and memories.
The guestbook expires on October 07, 2019.