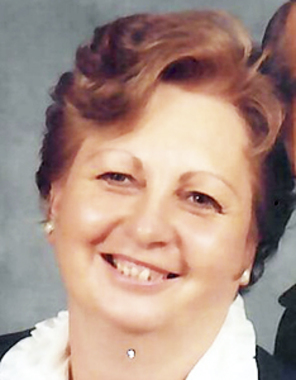 Back to Rebecca's story

Exeter - "My life's been full, I've savored much. Good friends, good times, a loved one's touch."
Rebecca "Becky" Severance Robinson, 85, passed away peacefully on August 8, 2019. Becky was born in Bangor, the eldest child of Ralph H. and Marguerite A. (White) Severance. She was raised in and around Bangor, Brewer and Orrington.
In 1949 she and her late husband, Theodore "Ted" E. Robinson, became a couple on the dance floor in Bangor. As they danced their love blossomed, and they married in January 1954. She traveled the world with her beloved husband, who was serving in the USAF, and upon his retirement in 1970 they returned to Maine to raise their family on a farm. She was a loving and devoted mother to five children. She had six grandchildren and six great grandchildren.
She became an entrepreneur, knocking on every door in Exeter to sell Tupperware and Avon. She also involved herself in several organizations, often holding the office of the President: American Legion Auxiliary Post 73 Corinna, Korean War Veterans Association, Girl Scouts of America Troop Leader, Exeter Handicrafters, Red Hat Society, (Exemplar of) Beta Sigma Phi, Vigilance Over Child Abuse Laws (co-founder), and the Bangor Singles (Dance) Club.
She loved to travel, dance the night away, and keep an immaculate house. She was highly skilled with ceramics and a paintbrush, with many folks treasuring her pieces. She had a flair for scrapbooking, and received recognition of this talent from several organizations at a state level. She was the most hospitable hostess at parties held in her home for her many friends and family, and thoroughly enjoyed her outings "uptah camp."
She is survived by her children Charlene, Karen (Richard), Vickie (Lewis), and Ted; brother-in-law, Roy Hawkins; sister-in-law, Carole Severance; a dear cousin, Charlotte Hanscom; and a special friend, Kathy Lindh.
She was predeceased by her devoted husband, Theodore; son, Brian; great grandson, Brock; brother, Ralph "Stanley"; sister, Maureen Hawkins; and a dear friend, Deanna "De" Wetzler.
The family wishes to extend their heartfelt gratitude to the physicians, nurses, and staff members of St. Joseph Healthcare of Bangor for their compassion and dedicated service shown in the care of our mother.
Services will be held at a later date.
Arrangements are by Crosby & Neal, Corinna. Memorial donations may be made to the American Diabetes Association, P. O. Box 15829, Arlington, VA 22215. Those who wish may leave written condolences at
www.CrosbyNeal.com
Published on August 12, 2019
To plant a tree in memory of Rebecca L. Robinson, please visit Tribute Store.

Plant a tree in memory
of Rebecca

A place to share condolences and memories.
The guestbook expires on November 10, 2019.

Restore the guestbook to view the 14 more posts by family and friends, and share a memory or message of condolence of your own.