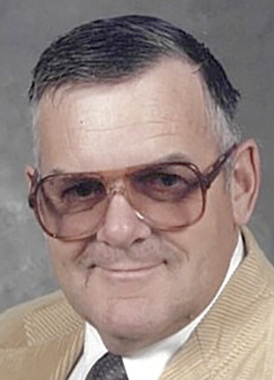 Back to Paul's story

Williamsburg Township - Paul Nelson Foulkes, 85, passed away peacefully on February 4, 2020, at home, surrounded by his family. He was born April 17, 1934, in Brownville, the son of Charles and Lena (Fickett) Foulkes.
Paul grew up in Brownville. As a young boy he was greatly impacted by the death of his older and only sibling, Robert, who passed away at age 15 from complications of muscular dystrophy. Paul graduated from Brownville Jct. High School, followed by education at Higgins Classical Institute in Charleston. He then attended the University of Maine in Orono, majoring in Forestry. He married Gale Coburn on June 22, 1955, and they were married for 62 years, until her death in 2018. They settled in Williamsburg in 1957. Paul started in the logging business with his father while still in college, and then took over the business when his father passed away in 1961. He continued to be self-employed, eventually his son, Larry, joined him. Paul was involved in the family business up until a few months ago.
He was a Past Master of the Pleasant River Masonic Lodge #163, and was also a member of the Anah Shrine. He served on the Board of Directors of United Bank and Milo Farmer's Union. He was actively involved in, and was a long-time member of the Brownville Community Church, as a deacon, and serving on various committees. Paul enjoyed the camp at Schoodic Lake, his travels in the motorhome with Gale, snowmobiling, "mud season" trips to New Smyrna Beach Florida, collecting and restoring antique vehicles, and get-togethers with family and friends. Family will always have fond memories of him preparing the fires for bean hole beans, making apple cider, and cooking French toast.
In addition to his parents, he was predeceased by his brother, Robert; and his wife, Gale.
Paul is survived by daughter, Susan Hutton and husband, Gary, of Punta Gorda, FL; son, Lawrence Foulkes and wife, Lisa, of Williamsburg; and daughter, Amy Desmarais and husband, Ron, of Milo. He is also survived by his sisters-in-law, Doris McAfee (Robert) of Portland, Gloria Coburn of Brownville Jct., Sue Coburn of Brownville Jct., and brother-in-law, Jack Coburn, of Brownville Jct. He was the beloved "Papa" to ten grandchildren, Michael, Matthew, Stephanie, Ryan, Thomas, Alyssa, Roxana, Marlene, Sarah, and Adam; and to ten great-grandchildren, Susan, Laura, Lena, Charles, Lucy, Elsie, Madison, Viola, Oleander, and Eleanor. He will be missed by special family members, Ladonna Proulx of Holden, Gloria Segars of New Sweden, Donald Foulkes (Mary) of Fallbrook, California, Lorene Shute of Searsport, and many nieces and nephews.
Visiting hours will be held 2-5pm Sunday, February 9 at the Lary Funeral Home, Milo. A funeral service will be held 11am Monday, February 10, at the Brownville Community Church with Rev. Elizabeth Coffey officiating. The funeral will include a Masonic service. Spring burial will be in the family lot at the Village Cemetery, Brownville.
In lieu of flowers, memorial contributions may be made to the Brownville Community Church, 84 Church St., Brownville, ME, 04414 or to the Muscular Dystrophy Association, 39 Mechanic Street, Ste 100, Westbrook, ME 04092-2855. Messages of condolence and memories may be expressed at laryfuneralhome.com.
Published on February 6, 2020
To plant a tree in memory of Paul Nelson Foulkes, please visit Tribute Store.

Plant a tree in memory
of Paul

A place to share condolences and memories.
The guestbook expires on May 06, 2020.

Vassie Jones
Susan Larry and Amy. Very sorry about your Dad. He was a very kind and honest man. I will miss him.
John. Sherburne
To Paul’s family
Always looked forward to seeing Paul when back on Me for the summer months. Considered him as a special friend for many years. May he Rest In Peace with your Mom.
Larry Foss
Paul Foulkes was a very well respected man and a very
Honest man. His hand shake was as good as a contract
In a business deal. He was a valued member of the
Brownville Community Church for many years. He thought the world of his church and our pastor. Paul
Was also a much contributing member of the 15gs’
Stock club for many years. We will miss his expertise in
The market. His friend, Larry Foss.
Paul Bradeen
My condolences to Susie, Larry and Amy. I will always have fond memories of my conversations and visits with your father. He was always a pleasure to be with and will be missed by many.
Keith A Judkins
very nice man to me when I saw him at my workplace BTT
Sorry for your loss
Marty and Lorraine Fitzpatrick
To Paul’s family, we were surprised and saddened to read that Paul passed away. He always had a smile and time to talk whenever we met. I can’t imagine our High School Alumni Reunion without him. Our thoughts and prayers are with you.
View all 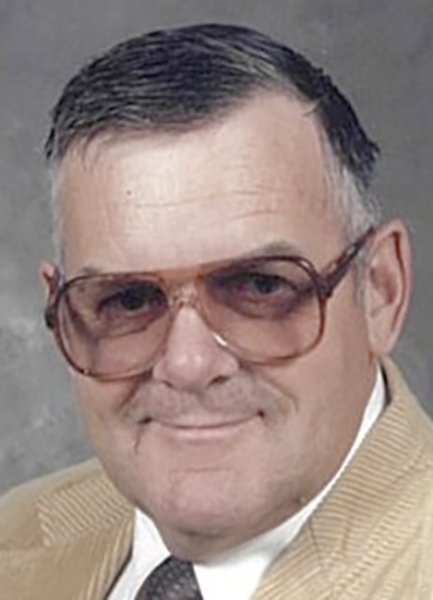