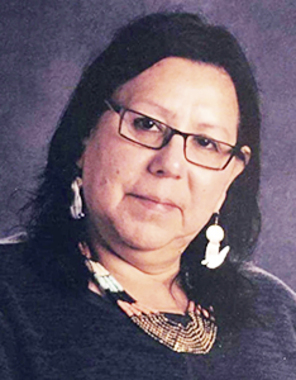 Pleasant Point - Patricia Catherine Neptune, 54, passed away surrounded by family and friends on Friday, April 19, 2019 following a courageous battle with cancer. Patricia was born in Hartford, CT on June 24, 1964, daughter of Peter Clement I and Diane (Nicholas) Clement.
After graduating from Lee Academy, Class of 1982, Patty went to college in Montana until returning home to Maine. She married her high school sweetheart, Wilfred Neptune I, and worked as a lifeguard instructor in Pleasant Point, teaching children how to swim. After her children were older, Patty started to work for Maine Indian Education, where along with Ron Jenkins and Harper Dean, started and fabricated the Home School Liaison program which was adopted nationwide. She loved to be active in her community, serving as a board member for the Gilroy Trust, Rockefeller Scholarship, Housing Authority, and on the school board. She also volunteered for the local Suicide Prevention Program and was a founding member with Harper Dean in starting the Tribal Career Expo and Educational Fair. Patty was proud of her Native American heritage and culture, being supportive in its eternal preservation. Above all, she cherished those moments she was able to spend with her family and friends. Patty will be remembered by all for her devotion to family, education, and always striving to be an inspiration to others.
Surviving are her husband Wilfred Neptune I; her parents Peter and Diane Clement; five children, Tahnee Neptune and companion Nicholas Johnson, Traci Neptune and companion Ambrose Bassett, Wilfred Neptune II and companion Anastasia, and her twins, Sage Neptune and companion Tyler Davis, and Sydney Neptune and companion Jacob Gaug; four grandchildren, Myles, Nora, Caleb and Ann Molly; three sisters, Peggy Clement, Nancy Southern and Nina Clement; three brothers, Peter Clement II, Tony Clement and Darin Clement; two sisters-in-law, Lynn Neptune and Mary Lola; two brothers-in-law, Allison Lola and Justin Lola Sr.; many nieces and nephews, numerous dear friends; and her many students that she loved as her own.
Visiting hours will be held beginning 11 a.m. Wednesday, April 24, 2019 at the Elderly Meal Site, Pleasant Point. A Mass of Christian Burial will be celebrated by Father Kevin J. Martin 11 a.m. Thursday, April 25, 2019 at St. Joseph's R.C. Church, Eastport. Arrangements by Mays Funeral Home, Calais & Eastport. Condolences and memories may be shared at www.maysfuneralhome.com
Published on April 21, 2019
To plant a tree in memory of Patricia C. Neptune, please visit Tribute Store.

A place to share condolences and memories.
The guestbook expires on July 20, 2019.