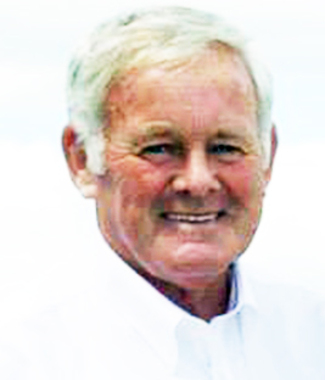 Beals - Ordman Charles Alley, Sr., 77, went to be with his Lord and Savior Monday, March 23, 2020, at a Machias hospital. Born May 6, 1942, at Beals, Maine, he was one of five children born to Donald Noel and Lizzie Dean (Peabody) Alley, Sr.
Ordie was born and raised on Beals Island, where he attended school, graduating from Beals High School in 1960. He attended what was then Washington State Teachers' College in Machias (UMM), graduating in 1964. While there, he was a member of the KMA Fraternity and played four years of college basketball, where he led all of New England in scoring his senior year.
Upon graduation from college, he began his 13-year teaching career in Southwest Harbor at Pemetic Elementary School. After a year, he headed back to the island and taught at Beals High School, then at the Cove School in Jonesport. The second part of Ordie's career was spent lobster fishing close to the shore in the Western Bay off Beals Island aboard his pride and joy, F/V Donna Faye.
Ordie's great passion was high school basketball, which he coached for 39 years, at Jonesport-Beals, touting an impressive career of at least 600 victories, 9 State Championships, 13 Eastern Maine Titles and numerous "Coach of the Year" awards. He was also inducted to the UMM Athletic Hall of Fame! In the basketball community, he had special bonds with many officials and fellow coaches. He loved all of his former players and remained close to them throughout his life, always greeting them with a fist bump. Those who knew him and played ball on his teams will lovingly remember the old Bangor "Ordietorium."
Ordie had an infectious smile and an incredible sense of humor. He loved all of his family beyond measure and couldn't wait to get his hands on a new grandbaby, each for whom he had a nickname. He was an athlete and played competitive basketball and softball with his sons well into his fifties. Ordie loved taking trips to Crumple Island and deer hunting camp on Head Harbor Island. Lobster boat racing up and down the coast of Maine, buoy hunting with family, bottle and arrowhead hunting, and swapping stories on the wharf were among the many pastimes he enjoyed. He will be sorely missed by all of his family.
Ordie was predeceased by both his parents, his brother, Harold, and by a granddaughter, Brooke Elizabeth Alley.
Survivors include the love of his life, Donna, to whom he was married fifty-seven years; sons, Ordman Jr. (Skip) and Donna Alley, of Beals, Troy and Bobbie Alley of Jonesport; daughter, Kimberly and Jeff Davis of Carmel; brothers, Wendell and Joyce Alley of Beals, and Donald Alley, Jr. and his partner, Todd Croteau of Beals; sister, Angelina and Leon Smith, Jr. of Jonesport; and sister-in-law, Cedora Alley of Milbridge. Beloved grandchildren include Jessika and Dan Frye, Jeffery and Flori Davis, Brittany and Travis Estes, Matthew, Ryan, Kali, Kaci, and Karli Alley; great-grandchildren, Haylee, Taylor, and Kaleb Frye and Riley, Owen, and Adaline Davis. Special friends include Earle Faulkingham, Sonny Pike, Lew Milam, Richard Parker, Calvin Beal, Jr., Clinton Libby, Daniel Handy, Donald Handy, Dave and Gail Fickett, Calvert Carver (deceased), and Philip Huntley (deceased), just to name a few.
Ordie will be missed by his caretakers, Don Alley, Todd Croteau, John Beal, and "the best friend I ever had."
Visiting hours will be held 3-6PM, Saturday, March 28, 2020, at Bragdon-Kelley Funeral Home, 220 Court Street, Machias. Visits will be limited to small groups for short periods inside the building. Funeral Service will be announced at a later date.
Arrangements have been entrusted to the care of Bragdon-Kelley Funeral Home, where online condolences may be shared with the family at:
bragdonkelley.com
Published on March 25, 2020
To send flowers to the family of Ordman Charles Alley, Sr., please visit Tribute Store.

Send flowers
in memory of Ordman

Joe Mesi
I am saddened to hear of Ordman's passing. I had the pleasure of competing against his teams for 13 years as a coach at DI-S. We had some wild games. He was easy to talk to, a gentleman and treated everyone as a friend, even if he was competing against them. With much respect.... RIP Ordie
Allan Alley, Jr.
Donna and family,
I will always have the fondest memories of Ordman, from watching his teams play basketball to the countless hours on Head Harbor. May the blessings of God be with you during your time of sorrow.
Ardene
Condolence he will be missed by everyone who had the privilege of knowing him. My thoughts and prayers are with you all as you get through the coming days months and years. May God bless you all.
MIKE MANDELOWITZ
You were one funny and generous friend!

You will be missed.......MIKE who? He would say when I called!
Tom simmons
I just heard about these two untimely losses. I have lost touch of the family over the years but have always felt close to you all. Phil 4:6-7 may help in this time of loss and know that we are praying for you all.

my condolences go out to Audie's family. Its been years since I personally knew Audie, I graduated from Cherryfield Academy in 1965. He was a wonderful person and a great coach. I have followed Jonesport High School basketball since 1962. RIP Audie 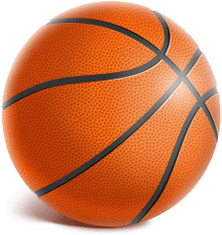 My heart goes out to the Ordman Alley family. Nothing can be said to ease your pain. Ordie was a real good guy who displayed a sense of humor cloaked with an element of sarcasm, funny, and humble at all times. He was and will alway remain the biggest royal on Beals island. He was a great coach who inspired many young men and made famous two small coastal towns to achieve basketball greatness. I enjoyed competing against Ordie and the boys from JB when I was coaching at BCS. My first five losses at the Bangor Auditorium was to the JB Royals. I always cheered for his teams before I started playing them and after I stopped playing them. I enjoyed visiting him on the island in later years and go...ing to lunch and talking basketball. He was a kind and gentle soul when you really got to know him, even on the court he was always competitive but a gentleman. We will all miss him. My prayers to all members of the family at this time. May God bless you and provide you His strength in the difficult days ahead. A friend, Coach ReedRead more

John Bell
Thanks for the battles in the DAC! Woodland Vs. JPB have always been fun thanks to you! Rest In Peace! Thanks for the memories!
Angel Workman
Aunt Donna, Troy, Skipper, Kim, and families; our thoughts and prayers are with you during this difficult time. Uncle Ordie will be missed by so many. His smile and sense of humor brought joy to all who knew him.
❤ Angel, Chuck, Abby,& Cameron
Danielle Wormell & Amber Frey

Beautiful in Blue was purchased for the family of Ordman Charles Alley, Sr. by Danielle Wormell & Amber Frey.  Send flowers

Randy Dunton BCS ‘79
My condolences to the family of the great Coach Ordie Alley. As a young aspiring basketball player growing up in Carmel, ME I loved to root for the Jonesport-Beals team in the Eastern Maine & State Tournament under Coach. Ordie built the only program in a Maine Coastal town where the basketball was bigger than the lobster. It was a thrill to compete against the J/B traditional powerhouse program and yes, Coach Alley, was competitively great however his persona was one of welcoming gracious respect towards opponents. Thank you Ordie and the Alley family for building something special that all Mainers can appreciate and admire. May Grace touch your hearts.
View all 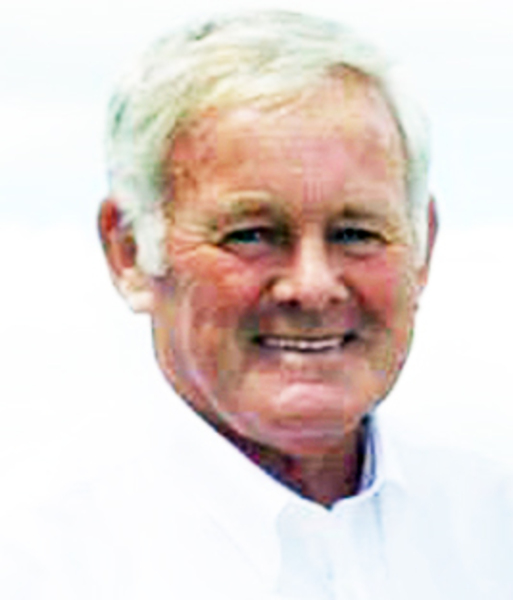