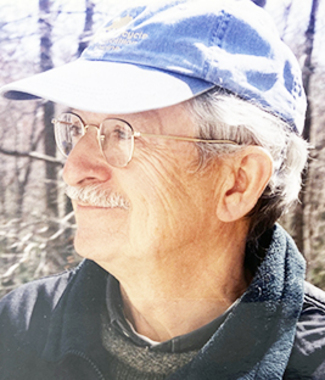 Back to Norman's story

Orono - Norman Jolliffe Jr., 88, passed away peacefully on March 23, 2020, after a long struggle with Alzheimer's disease.
Norman was born on March 17, 1932, in Manhattan, the son of Dr. Norman Jolliffe and Edna Suddaby Jolliffe. Many of his formative years were spent with his cousins in Knob Fork, West Virginia, where he developed his love of nature and the great outdoors and where he learned to eat his length in ears of corn.
He eventually returned to the Big City, graduating in 1956 from Columbia University with a degree in English and then began his working life as an English and History high school teacher in Brooklyn.
He met the love of his life in 1964, Anita Elisabeth, a Swedish flight attendant for Pan American airlines, and wooed her with the promise of lending her his vacuum cleaner. His strategy proved effective (doubly effective, as we can't recall his ever using a vacuum after that), and they spent 55 happy years together.
Four of these happy years were spent in Stockholm, Sweden, and the rest were spent in his beloved state of Maine, where he expanded his love of nature to dabble in farming, hunting, and gardening. He was proud and happy to share his love of Maine as a Maine Registered Guide for many years through his guiding service, Seven Arrows. He was also an avid tennis player, intriguing his neighbors in Jackson by building a clay tennis court in 1969 and holding informal tournaments with an endless supply of Lipton's Iced Tea. His curiosity also turned to cycling, which became his focus for many years and culminated in a cycling journey from California to Maine with his son in 1986. But the activity that brought him the most joy was writing, and he authored two books on the subject of hunting.
He is survived by, in addition to his wife Anita, his two daughters from a previous marriage, Sarah Keyishian and Elizabeth Wilks and her husband David, his daughters Louise Jolliffe and son-in-law Freeman Saunders, and Caroline Jolliffe and son-in-law Prinya Pinyochon, his son Peter Jolliffe, and his grandchildren Noah, Gabriella, Sophie, Tate, Elsa, Emily, Oliver, Eli, Annika and Ava.
Because of the current pandemic, a celebration of life will be scheduled for a later date. A candlelight virtual service may be viewed and condolences expressed at the Church of Universal Fellowship web page, www.opencuf.org.
In lieu of flowers, gifts in his memory may be made to Penobscot Marine Museum, in Searsport, Maine, which was a particular favorite place for Norman. Send flowers
in memory of Norman

Karen Francoeur
Dear Louise! Your Dad had the sweetest smile! What a wonderful man he must have been! The obituary clearly tells the story of a loving individual.... I am so sorry for you and your family to lose him... Love to you, Karen
Marty & Bob Price
Seeing your beloved's remembrance takes us back to the mid 1980's when a dedicated MVJHS teacher, Ruth Irving, connected your avid cyclist to three 8th graders. This young group, our son included, was eager to experience long distance cycling & suddenly they had a willing mentor. After training, they experienced a memorable camping/ cycling trip from Thorndike to Greenville, a 90 mile adventure, under Mr. Jolliffe's guidance. What a generous & much appreciated endeavor! Our sincere condolences to the family.
Nancy Jolliffe
Dear Anita and Family,
My deepest sympathy to you. Dad always recounted their days in Knob Fork with a big smile on his face and lots of wonderful life stories.
Unable are the loved to die. There are things that death can not touch. Love is one. Those we love never truly leave us.
Joyce Wiebe
Norman’s multi-interests always gave me a challenge when he visited the library. He was a gentle gentleman how will be missed by his family and community. Love and peace to his family.
David Johnson
I extend my deepest condolences to the Jolliffe family. Just a few days ago, I came across one of Norman's business cards. It makes one think of the nature of coincidence.
Faith Campbell
Dear Anita and Family:

It was such a joy to work with Norman and Anita at the Penobscot Marine Museum. I have many memories of Norman providing a lighter side to our seemingly serious Museum activities. He was always polite and kind no matter how strained the circumstance. I will continue to remember Norman as someone who could always produce a smile and the many times that he made me laugh. I have added a picture of Egyptian Walking Onions. Norman was emphatic that these should be included in the Captain's Garden. I feel that they are an example of one of Norman's legacies at the Museum. 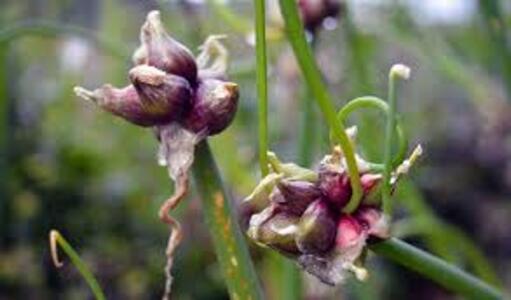 Steve and Susan Henkel
My husband Steve & I had the wonderful experience of working & volunteering with both Norman and Anita at the Penobscot Marine Museum.
Norman was always cheerful, amusing, charming and just such a wonderful person to be around!
His love of gardening showed in his green spirit...starting a garden on the museum grounds...bringing heirloom seeds!
Norman was a man of many talents, interests....always had a smile bigger than the rainbow for all ages...young and older! Visitors and volunteers and staff benefitted from his presence at the Museum!
With sympathies to Anita and their family. Steve & Susan Henkel
Betty Schopmeyer
Anita, I'll always treasure my memories of working with Norman (and you too) at PMM. What a lovely man. Sending you love and good wishes. Take care of yourself!
Betty
Ellen and Frank Avenoso
We will always hold fond (and funny) memories of Norman in our hearts. He, and all or you, made our time in Maine very special. We will miss him. Please accept our deepest sympathies. Corey Raynor
Anita, Caroline, Louise, and Peter my condolences and big cyber hug for each of you.
Really old memories of sleepovers come up. The peaceful quiet of the household, the European style breakfast which was seemed so exotic as a teen, everybody calm and polite. Norman always willing to talk about something if asked. Never intrusive, always curious and perhaps a little mischievous? My memory could be deceiving me here, but more than a specific tale, there's a twinkle in his eye when I remember.
He had odd outdoorsy curiosities sometimes lying about. He was happy to explain what sprayable 'deer musk' is and how it is used. All the gadgets and adventures, so different from my own father.
I rememb...er the big bike trip plan, I guess it was the year we graduated. A father with focus on something other than work? Whoa!
I remember secretly wanting to be adopted into your household staying permanently in Caroline's room listening to Abba, enjoying the harmony and peace. I saw Norman as a father who was always present and pleasant. A gentle man, gentleman. His eyes were active with humor and intelligence, a bit of a grin easily forming and often blooming into a wide smile- just like his wonderful children.
Thank you, Norman, for being a glimpse at something different, a soothing antidote to my own childhood reality.
As someone who loves nature so fully, I will take a long walk in the woods in your honor. It's my church. I think you'd quietly understand.Read more
Nicole
Oh Anita , I am so sorry to hear of Norman’s passing . It was a great pleasure to take care of him for a bit . I remember how excited he would get talking about his book he wrote or his scripts and watching hunting videos for hours . Thinking of you !
View all 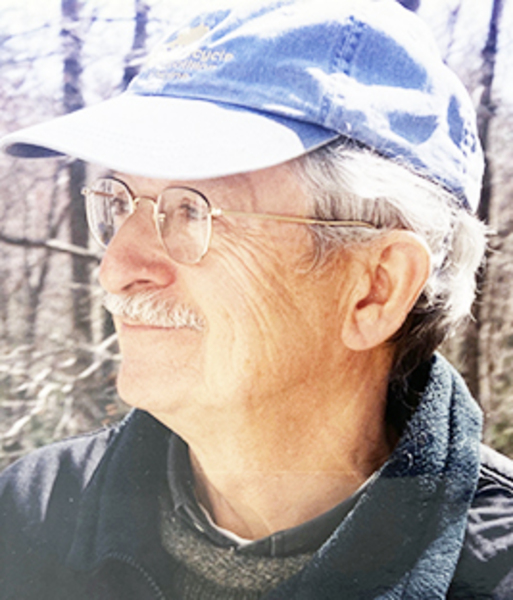