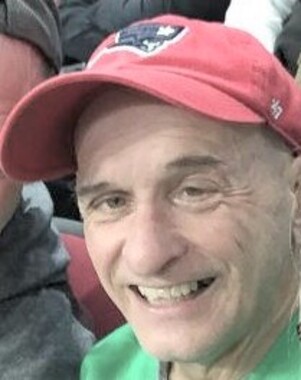 East Millinocket - Michael W. "Rocky" LaBreck, 65, died Tuesday, February 11, 2020 at a Bangor hospital. He was born January 18, 1955 in Lincoln, the son of Patrick J. and Leona M. (Francoeur) LaBreck.
Rocky grew up in East Millinocket, and was a graduate of Schenck High School, class of 1974. He was a communicant of St. Peter's Catholic Church in East Millinocket, and, more recently, St. Joseph's Catholic Church in Brewer. Rocky was a member of St. Martin's Council #680, Knights of Columbus, where he earned his 4th Degree. He was also actively involved with the Millinocket and Bangor chapters of SUFU (Speaking Up For Us), and was a board member for the state wide program. He was employed at the Great Northern Paper Company East Millinocket Mill for 35 years until his retirement in 2010.
Rocky was an avid sports fan, and could talk sports of all kinds for hours. He loved watching games with his closest friends and would wear his favorite team jersey. His favorite teams, in addition to the Schenck Wolverines, were the Boston Red Sox, Boston Celtics, New England Patriots, and Notre Dame. For many years, he volunteered as a member of the Schenck High School Booster Club.
Rocky will always be remembered for greeting people with a friendly wave and hello. He loved to offer his assistance and volunteer whenever possible. He never wanted to be a burden to anyone. He readily did whatever was asked of him, to the best of his ability. He was the best son, brother, and friend anyone could ever ask for. He was unselfish, caring, generous, and the epitome of a "giver".
Rocky is survived by his sister, Debbie St. Louis and her husband David; a niece, Rachel Stellato and her husband Joe, and their children Ava, Eli, Link, and Quinn, and many aunts, uncles, cousins, and friends, too numerous to mention.
Friends are invited to visit with the family 5-8 PM Sunday, February 16 at the Lamson Funeral Home, 11 Tamarack Street, Millinocket, where a prayer service will be conducted at 7:30 PM by the officers and members of St. Martin's Council #680, K of C. A Mass of Christian Burial will be celebrated 11 AM Monday, February 17 at Christ the Divine Mercy Parish, St. Peter's Catholic Church, 58 Cedar Street, East Millinocket, with the Rev. Bruce Siket, pastor, presider. Spring interment will be at the East Millinocket Cemetery. Gifts in memory of Rocky may be sent to the Schenck High School Booster Club, C/O Schenck High School, 45 North Street, East Millinocket, ME 04430, or to the Millinocket Chapter of SUFU, PO Box 4139
Presque Isle, ME 04769. Messages of condolence may be expressed at
lamsonfh.com.
Published on February 12, 2020
To plant a tree in memory of Michael W. "Rocky" LaBreck, please visit Tribute Store.

Alan and Beth Rider
We are so sorry to hear about Michaels passing. You and Mike were so close to each other and had a special bond. He was an amazing, kind person and will be remembered by all for his great smile and personality. You know I am always here for you my friend. I hope you find peace in the wonderful life he lived. Love you❤️
Bonnie S Wallace
Mike was my classmate. He was the sweetest most caring individual and always had a smile for you. I loved that smile.
Julie Johnson

Very sorry to hear about Mike's passing. Clearly, he was very much loved by his family and friends. As Debbie's friend since we were in our 20's, my heart was always warmed by the special relationship that I saw that they had, and I always enjoyed his friendly and kind ways. Rest in peace, Mike. And deepest sympathy to his family and friends.

Frank Willette Jr.
Mike was one of a kind.
You could not ask for a nicer person.
He was a big kid at heart.
My deepest sympathy to Debbie and her family.
David & Kathy Page.
Debbie and David...
Kathy and I saddened to hear about your lose. My fondest memories of Mike “Rocky” are the countless hours of the pick up basketball games we shared way back in our school days. Mike would always work very hard to rebound the missed shots to get the ball in the hoop. At Great Northern Paper he would help unload cores and sort them on pallets and carts when he worked
in Finishing and Shipping. He and I were members of the
Knights of Columbus and he loved attending the yearly
State Convention in Rockland. He always was in attendance at the old Bangor Auditorium and the new
Cross Insurance Center to cheer on the Wolverines. Mike
was a friend to everyone and will be missed... by all who enjoyed his presence. To Debbie, David and all Mike’s
family God Bless you all.
Respectfully,
David & Kathy Page.
East Millinocket, Maine.Read more
Scott Mackenzie
So sorry to hear of Mike's passing , he was one of the nicest people you could have ever met.
Pamela & Ronald Martin
Mike was a very special and caring man. We will miss him..
Linda Ianozi
Debbie - I am so sorry for the loss of your beloved brother. I will keep you in my thoughts and prayers. If there is anything I can do, please let me know. Love, Linda
Marsha Bronson
So sorry for your loss. I do of sweet memories of him when we used to all spend time together.. Love and prayers to you and the family. Marsha
Kathy Johnson
Debbie,
So sorry for the loss of your brother... my thoughts are with you and your family...
Kathy Johnson(Julie's sister)
Bob Leathers

Debbie and Family : Mike was a special person and I enjoyed working with him at the Mill. I especially enjoyed making my 4th Degree with him in the KofC. May you rest in peace my Brother Knight. 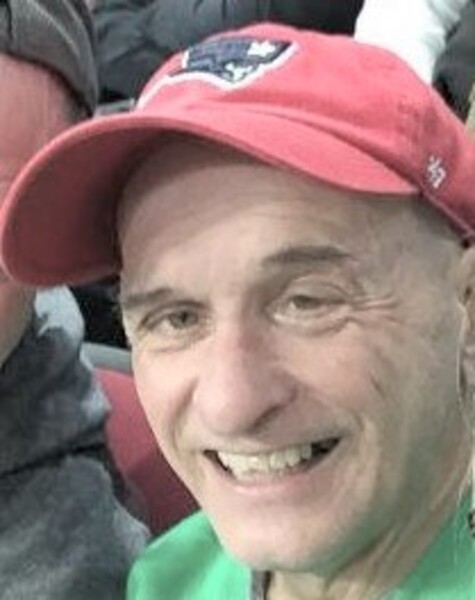