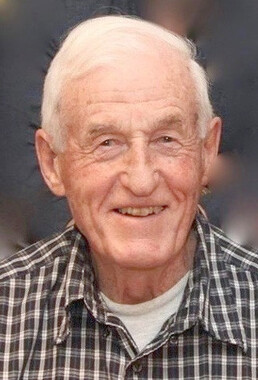 Back to MERRILL's story

CORINNA - On Saturday, December 21, 2019, Merrill N. Bowden, 87, of Corinna, went home to be with his Savior. He lived his life specifically for this moment to hear the words, "Well done, thy good and faithful servant." God was merciful and he passed peacefully at home, surrounded by his loved ones.
He was born on February 25, 1932, in Corinna, to the late Harry and Luetta (Nichols) Bowden. Merrill served in the U. S. Army from 1951-1954, stationed in Germany. He received an honorable discharge. He was a graduate from the Maine Vocational Technical Institute and worked at Western Electric in Lawrence, MA and retired in 1994 from Fayscott in Dexter.
In 1958, Merrill married Pearl (Hagopian) Bowden, who he met at the Advent Christian Church. He fell in love with her for her kind heart and her love for the Lord. These same characteristics were what attracted her to him as well, thus being the bond that united them strongly in marriage for 61 years. They also shared a love for music and loved to fellowship with others to sing the gospel hymns and songs of praise. Merrill was Pearl's biggest fan, listening and recording her playing the piano for hours at a time.
Merrill loved the outdoors. He enjoyed the sport of fishing and hunting and the competition of golf and softball, but none of these mattered more than the company he was able to enjoy with each activity. His love and interest in others was genuine. Merrill also had a creative mind that allowed him to invent games that his children, nephews and nieces loved to play. He loved kids and spent a lot of time not only playing with them, but also teaching them life skills that would help them appreciate God's creation. He had patience and taught lessons with love. By walking with strong integrity, he was known as a man who lived by his word.
His family would be remiss to not mention his unique ways he would often approach problem solving, using interesting materials to get the job done. You see, materialism did not matter to Merrill, just the final outcome. Although, his approach would make his family and friends smile, he ultimately had it right. For all these things and so many more, he will be remembered with great fondness and love.
He was a member at the Dexter First Baptist Church in Dexter for a number of years and later faithfully attended the Pleasant Street Christian Church in Corinna until his passing.
He is already terribly missed by his wife, Pearl Bowden of Corinna; his children, Tom Bowden and wife, Sue of Candia, NH, Debbie Bowden of Oakland and Lois Bowden of Waterville; two grandchildren, Chad Bowden and wife, Brianna, and Joanna Bowden, also survive him. He also leaves behind siblings, Beulah Walker, Edward Bowden and Rodney Bowden. He was predeceased by a brother and sister, Elmer and Nellie Bowden. He held near in his heart his love for all of his nieces, nephews, extended family and friends and cherished all the special memories he was able to make with them through the years.
The family is so grateful for the loving care received throughout needed services at MaineGeneral Medical Center/Harold Alfond Center for Cancer Care and MG/Hospice. A special thank you to the many providers and staff who shared their skillful hands and hearts to make this journey filled with love and kindness.
In lieu of flowers, memorial donations may be made to the Pleasant Street Christian Church, 29 St. Albans Road, Corinna, ME 04928. A graveside service and celebration of life will take place in the late spring. Those who wish may leave written condolences at www.CrosbyNeal.com
Published on January 1, 2020
To plant a tree in memory of MERRILL N. BOWDEN, please visit Tribute Store.

Plant a tree in memory
of MERRILL

A place to share condolences and memories.
The guestbook expires on March 30, 2020. 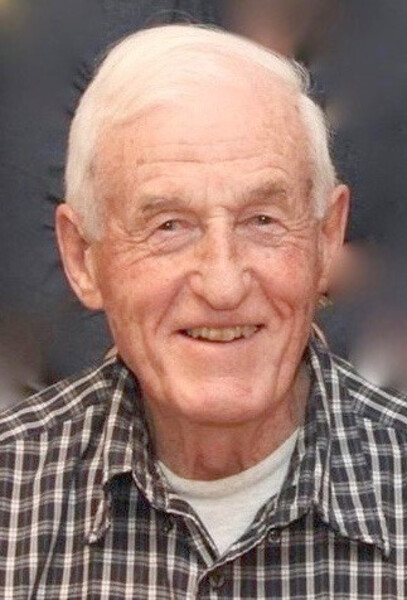