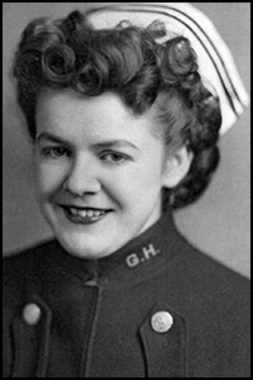 Belfast - Marion Esther (Greeley) Whitcomb, 93, of Belfast, died on Wednesday, March 14, 2018, at Waldo County General Hospital. Born on June 15, 1924, in Morrill, she was the daughter of Senator Edwin H. and Katherine O. (Gurney) Greeley. Marion attended the Morrill Village School, was a member of the Class of 1942 at Crosby High School, and received her Registered Nursing degree from Waldo County General Hospital's School of Nursing in 1945. On April 4, 1946, Marion married Orman H. Whitcomb in Belfast. Later, she received her Bachelor's degree in education at the University of Maine in 1972.
A long-time active member of The First Church in Belfast and the Waldo County General Hospital Nurse's Alumni Association, she was also a member of the Primrose Chapter #152 of the Order of The Eastern Star. In the OES, she had been a Past Matron, served as Grand Chaplain of the State, and also served on the advisory board of the Belfast Assembly of Rainbow girls. In addition, she was involved with scouts and served on various committees at church, hospitals, and civic groups.
She was predeceased by her husband, Orman H. Whitcomb, in 2006, son-in-law, Donald Carney; brother, Elbridge Greeley, sisters-in-law, Jeanette Greeley and Agnes Tardiff. Surviving are her children, Cornelius J. Whitcomb and his wife, Ellen, of Fairfield, Orman E. Whitcomb and his wife, Delores, of Sidney, and Barbara K. Carney of Bangor; her American Field Service daughter, Nilda Collins and her husband, Steve, of Brownsville, MD; grandchildren, Jennifer Ruzzo and her husband, John, of West Greenwich, RI; Stephanie Mason and her husband, Kenneth, of Fayette; Sarah King and her husband, Brian, of Sidney; Jonathan Whitcomb of Sidney; William Carney and his wife, Melanie, of Hampden; Ryan P. Whitcomb of Wiscasset, Christina Berman and her husband, Josh, and Patrick Collins; great-grandchildren, Katherine King, Christopher King, Cordelia Ruzzo, John Ruzzo, Abigail Whitcomb, Olivia Whitcomb, Grady Mason; sister, Barbara Greeley, nephews, Edwin Greeley and his wife, Susan, and Douglas Greeley and his wife, Carol. She also leaves special friends, Theresa Whitcomb of Oakland, Glenys Michaud of Vassalboro, Tina Charest of Belgrade, and Mindy Whitcomb of Readfield.
Calling hours will be held from 4-6 p.m. on Thursday, March 22, 2018, at the Long Funeral Home, 9 Mountain Street, Camden. Funeral services will be on Friday, March 23, 2018, at 2 p.m. with a reception after at The First Church, 8 Court Street, Belfast. The family suggests memorial gifts be made to The First Church Perpetual Maintenance Fund or to Waldo County General Hospital- Hospital Aid Fund. Condolences may be shared with the family at www.longfuneralhomecamden.com
Published on March 20, 2018
To plant a tree in memory of Marion Esther (Greeley) Whitcomb, please visit Tribute Store.

A place to share condolences and memories.
The guestbook expires on June 17, 2018. 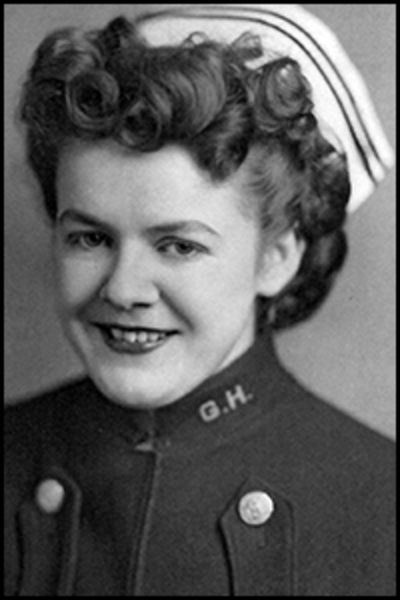