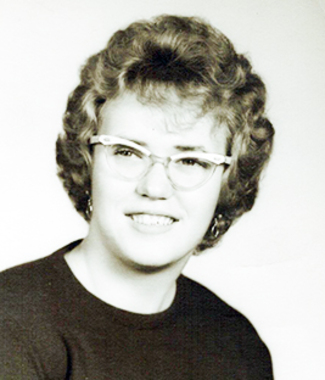 Back to Linda's story

Centralia, WA. - Linda Ann Hanscom, eldest daughter of Maxine M. (Hoyt) Crosby and Everett W. Hanscom passed away at the home of her son and daughter-in-law in Centralia, Washington. on January 11, 2020 after a long battle with cancer. She was born July 16, 1946 in Brunswick, Maine.
Linda attended schools in Bangor, Carmel and Hermon, Maine. She was gifted with a beautiful voice and was the class vocalist for her 1964 graduating class singing "Wind Beneath My Wings." Linda always had the current issue of "Hit Parade" magazine and could be heard singing all the popular songs of the day in her bedroom growing up. She also won first prize for singing in a talent show held in the old Carmel Town Hall.
After leaving home at 18 she followed her own path to various places, eventually settling in Washington state. She worked many years in the food service industry.
Linda leaves behind her mother, Maxine M. Crosby of Carmel; two beloved sons and daughters-in-law, Robert and Kym Alexander, with whom she made her home, and Thomas A. and Ana Maria Jefferson of Hopewell, Virginia; two sisters, Tanya J. and Daniel Kinney of Brewer, Maine. and Sonya M. Lovely and partner Bill Lepack of Livermore, Maine; her grandchildren, Victoria Alexander, Morgan Ayala-Renteria, Elizabeth Phares, Anthony Phares, Thomas A. Jefferson Jr. and Johan Jefferson; nieces Angel N. Dean and Julie D. Rancourt; nephews Michael Lovely and Kevin Lovely; also aunts, uncles, cousins, great-grandchildren, great-nieces and nephew.
She was predeceased by her Father Everett W. Hanscom and step-father Vincent M. Crosby.
At Linda's request there will be no funeral. Burial will be at Highland Cemetery, Carmel, Maine.
Published on January 13, 2020
To send flowers to the family of Linda Ann Hanscom, please visit Tribute Store.

Send flowers
in memory of Linda

Kym Alexander
Thanks for being the most amazing Mother- in - Law. I miss you! 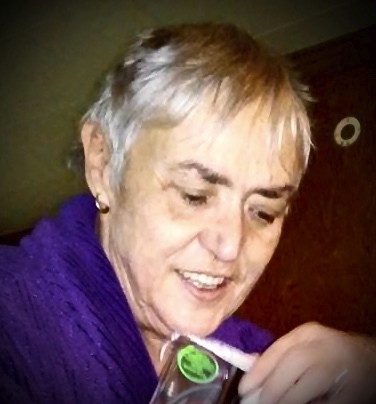 Julia R PikeAND mARY pIKE
We wish Linda's family here in Maine and across the country our deepest condolences. We haven't seen Linda in a long time but have followed her through her mother and was sorry to learn of her illness.
Sharon Pound
I am very sorry to hear of your passing. I have missed you greatly over the years after you left home. I lived in the Tacoma WA area raising my grandchildren. I asked about you all the time but no one knew where you were. I wish that we could have found each other and was in better health so that I could have been there for you through your sickness. You will be greatly missed. love you
Pearlette Kellett
My dear friend, so many memories... The car rides, singing the latest hits and the many tears shed when I dropped you off at the bus stop, for your long ride with your 2 boys on your way to Oregon! I'm so glad you settled and ended up with a loving family who took such good care of you right up to the end of your life hear on earth! I send them much love and caring thoughts as you look down and guide them from your new home in Heaven ! R. I. P. my friend
Racheal Ruble
Sending love and prayers for Linda and all who love her!
View all