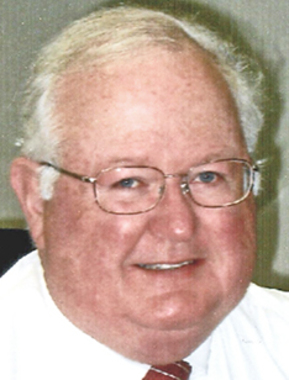 Back to Kevin's story

Holden - Kevin Cuddy died peacefully following a short illness at a Bangor hospital with his wife and his three children by his side on April 23, 2019.
Kevin was born in Rockville Centre, NY, and graduated from Bucknell University in 1966. He earned his law degree at Suffolk University in 1969. Kevin started his career as an Assistant United States Attorney before working at a number of law firms in Bangor, including Cuddy & Lanham - the firm he helped form in 1984. During Kevin's nearly four decades as a lawyer, he was a tireless advocate and represented clients before the United States Supreme Court and many courts across Maine. Kevin was a long-time member of the Maine Trial Lawyers Association, serving on its Board of Governors and as President for a time. He was passionate about public service. Through the Board of Overseers of the Maine Bar Association, he served as a mentor to lawyers under supervision of the Board because they had violated the rules governing lawyers' conduct. He was also active in the peer-to-peer program, and in the Maine Bar Foundation which helps organizations throughout the state offer free legal services to the poor. He was appointed by Governor John Baldacci to serve as a Justice to the Maine Superior Court in 2007 and served on the bench until 2014 when he retired. While on the Bench in Ellsworth he was involved in overseeing the Drug Court wherein selected defendants with substance abuse were encouraged to focus on their rehabilitation instead of sending them to prison. In some ways he never retired and remained active in the community through his work for Legal Services for the Elderly, and was on the Board of Directors at Wellspring, and on the Town of Holden Board of Appeals, and was President of the Holden Land Trust, and volunteered for CHEF, a local community organization which provides food to those in need. During leisure time, Kevin's favorite recreation was bicycle riding, and he and his wife traveled on many cycling tours in the States as well as in Europe. He also treasured time spent with his children and grandchildren. Once in a while, he found time for golfing with friends which he truly enjoyed.
Kevin is survived by his wife, Carol Cuddy of Holden; and his three sons, Matthew Cuddy of Newtonville, MA, Scott Cuddy and his wife, Kate Cuddy of Winterport, and Kevin Mark Cuddy and his wife, Denali Kemppel of Anchorage, AK. He has two stepchildren, Michael Kelly and his wife, Renee Kelly of Carmel, and Kathryn Kelly of Holden. There are eight grandsons as well: Jonah Cuddy, Ellis Cuddy, Finnegan Cuddy, Logan Cuddy, Liam Cuddy, Ryan Kelly, Patrick Kelly, and Ian Kelly. Kevin is survived by two brothers, Charles Cuddy and his wife, Elaine of Mattituck, NY, and Robert Cuddy and his wife, Ann of Redding, CT; and many nieces and nephews. Kevin was predeceased by his parents, Raymond and Edna Cuddy.
A celebration of life will be held at the Hilton Garden Inn, 250 Haskell Road, Bangor, Maine, on May 18th at 11:00 a.m. The family invites everyone to stay and share conversation and good food following the Memorial Celebration.
As President of the Holden Land Trust, Kevin had been fundraising for many months to support a project called The Hart Farm. Those who wish to honor Kevin in a special way may make gifts in his memory to the Holden Land Trust, P.O. Box 398, Holden, ME, and/or do something for your community. Condolences to the family may be expressed at Memorial-Alternatives.com
Published on April 26, 2019
To plant a tree in memory of Kevin Cuddy, please visit Tribute Store.

Plant a tree in memory
of Kevin

A place to share condolences and memories.
The guestbook expires on July 25, 2019.