Back to Kenneth's story

Dexter - Kenneth Paul Pooler, 80, died unexpectedly February 10, 2020, at his residence. He was born July 28, 1939, in Dexter at home, 98 Free Street, a son of Maurice and Rita (Goulette) Pooler.
He graduated from N. H. Fay High School majoring in playing baseball. He won 40 games and lost 1 as a left handed pitcher. In his senior year, his team won the Penquis Little League title. Ken coached the Dexter Shoe Little League team for many winning seasons. He was mentioned in Fred Wintle's book, WHEN WEAVERS WOVE, as the only coach who showed him (Fred) how to hit a baseball. An avid Boston Red Sox and Patriots fan, Ken will also be remembered as an avid golfer. He was one of the original members of the Dexter Municipal Golf Course, where he served many years on the Board of Directors and also volunteered many hours working at "one of prettiest sights in town" making it bigger and better.
Ken's first job was at the Mt. Kineo Bottling Works, helping to make among other flavors, "the best Orange Crush". He "signed in" at Dexter Shoe Company at 17 years old, just 2 days after graduation, never expecting to stay there for 42 1/2 years. In 1999, he took an early retirement and looking back on his career helped the company grow.
Ken was the oldest of 3 sons, and is survived by brothers, Carroll and Douglas. He is also survived by 2 daughters, Debra and Laura; stepdaughters, Debbie Scott and Cathy Haskell; stepsons, Buddy and Eddie Mountain; and several grandchildren and great-grandchildren.
He was predeceased by his loving wife, Mavis Pooler, in 1994. Ken wanted to say that the companionship he shared with Diana Hartford Warren made the golden years golden.
At his request, there will be no visitation. Spring graveside committal services will be held at the Mt. Pleasant Cemetery, Dexter. Arrangements are by Crosby & Neal, Dexter. Those who wish may leave written tributes at CrosbyNeal.com
Celebrate the grizzly old veteran's life by gripping it and ripping it at Dexter Muni!
Published on February 11, 2020
To send flowers to the family of Kenneth P. Pooler, please visit Tribute Store.

Send flowers
in memory of Kenneth

Jon and Francine Thornton
We are so sorry for your loss.
Darryl Bubar
Rest In Peace Kenny. Condolences to the family
Greg Vigue

Another Dexter great lost. I remember Kenny and all he was involved in for the Dexter youth over many decades. I’m sadden by his passing but he is now with so many great people from Dexter. Bless you Kenny and the Pooler family. 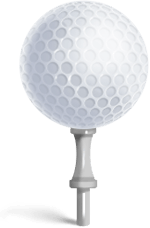 Ross Morancie
We had some good times together, until old man Age caught up with us!! RIP ! K.P. See you on the other side, save me a ?Tee time!?,
John and Erma Evans
My wife and I moved to the “neighborhood” full time 3 years ago. We often walk our dog down the street past Ken and Diana’s. More often than not Ken would step out and make a point of saying hello, and making us feel welcome. Soon the talks became serious and we tried to solve all of the Red Sox and Patriots problems. Judging from results, we did OK. I will miss those talks and I will always be thankful for his kindness and conversations.
Galan E. Smith
Ken lived a full life and enjoyed every minute of it, He will be missed.
Joe Keaveney
Always a gentleman and always said "How do you like that sports fans ".
Be at peace Ken.
Joe Knapp
You will be missed, rest in peace. God Bless
Gerry Rudmin
I'm sad about Ken's passing. He was a nice man and truly was a great golfer. I saw him limp into the pond side bunker at the 8th hole once, and make a perfect shot with lots of sand in the air and the ball dropping within a couple of feet of the pin. He limped out of the bunker and parred on what I think is the most difficult hole on the course. I have and will keep that image of him in my mind!
Leroy F Webber
I am sorry to read Ken's obit. We went to Dexter High School together. May you Rest in Peace Ken.
View all