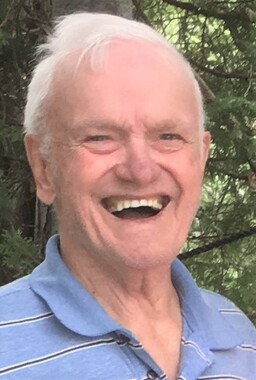 Back to John's story

Ripley - John A. Dow , 84, died peacefully at home Tuesday, February 11, 2020. He was born October 16, 1935, the son of Harold M. Dow and Annie (Connors) Dow, in Allagash, Maine. He was married to his wife and best friend, Betty E. (Marquis) Dow, for forty-four years.
A life-long Mainer, John was an avid outdoorsman. He enjoyed trapping, fishing, canoeing, and hunting in the Allagash and North Maine woods. He was a self-taught cedar-strip canoe builder and paddle maker, many of which he used on his yearly camping adventures with his family. He came from a long line of outdoorsmen and adventurers. As a teenager, he was a fire watcher on the fire tower post on Priestly Mountain. Later, he scaled lumber in the woods and eventually owned his own small firewood operation in Southern Maine. John took every opportunity to help others.
He was an accomplished gardener, bird watcher, Jack of all trades and later in life became a beekeeper. John was a devoted husband, father and grandfather.
He is pre-deceased by his parents; brothers Harold R. Dow and David A. Dow; sister Henrietta Mason; and great-grand daughter Sophia Mae Frost.
He is survived by his wife, Betty; children, Cheryl G. LaFave; Holly D. Frost and late husband Kenneth, II; Christina L. LaBrosse and wife Becky; John H. Dow and friend Missy; Mark E. Dow and partner Tammi; Desiree D. DuBois and husband Michael.
He is also survived by siblings, Jean Gibson (his twin sister) of Dexter; Joan Randall of Ripley; Rowena Walton of Dexter, and James Dow of Turner; grandchildren, John Walton III; Carol Frost; Kenneth Frost III; Michael Almstrom; Skyla Rose Aubut; Drew Soucie-Porter; John Drew; great-grandchildren, Katelyn Walton; Kathryn Frost; Sarah Frost; Kenneth Frost IV; Stacy Thunder Horse; two great-great grandchildren and many nieces and nephews.
A Celebration of Life will be held in late spring with a private burial to follow. John was a proud member of his church; in lieu of flowers, John wished for donations to be made to the Ripley United Methodist Church, 35 Pine Street, Dexter, Maine, 04930. Condolences and memories may be shared at
mcclurefamilyfuneral.com.
Published on February 12, 2020
To send flowers to the family of John A. Dow, please visit Tribute Store.

Send flowers
in memory of John

Ryan (grandson of Belle Connors Pelletier)
Bob Mercer
Betty, sorry to hear about John and for your loss. Stop anytime you are around. We all had good times together and I will miss him.
Michele pittz
So sorry for the loss of a great man. Uncle john will be missed...his memory will linger in my heart forever.
Teresa Adamovich

Warren Winders
John was one of my heroes. A good, smart and talented man. My heart goes out to Betty and the family. The world seems less than it was, and not as bright without John's sense of adventure, curiosity and wry humor. It was a privilege to spend time on his beloved Allagash with him. Bean hole beans forever. Thanks for your kindness and the memories Johnny Dow.
Carol Pelletier

All my deepest sympathy to Betty and all of John's family, he will be missed by everyone that knew him. Always enjoyed his visits, and especially the Family Reunion and the Biscuit Baking Contest, and all the fishing trip stories.. RIP Dear Cousin.. What a reunion it must of been in Heaven. 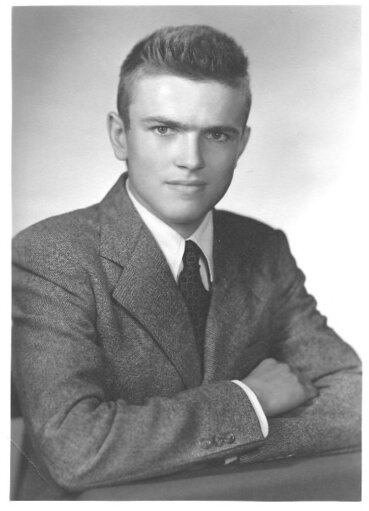 Norma a pond
So very sorry for your loss.
Alice Keiser
So sorry to hear of John's passing . Jim my thoughts and prayers are with you now.
Karen Rackliff
Thinking of your family, John was always such a busy guy. So many memories of the corner yard sales, John helping Michael make woodworking projects and so much more! Sending our love and prayers, TJ and Karen
View all