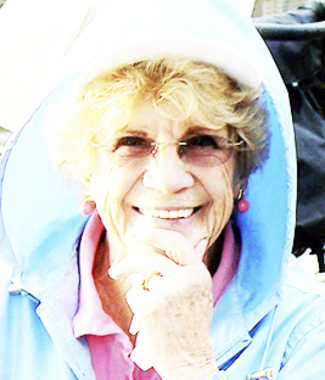 Back to Joan's story

Harrington - Joan F. Meserve, 92
Our beautiful mother, loving wife, and fun-loving Grandma Bub passed away peacefully at her home on September 27, 2019 surrounded by family.
She was born on April 20, 1927 in Harrington, the oldest daughter of George W. Frye, and Edna Look Frye. She was her father's sidekick, and at a young age, he gave her the nickname, "Bub", and it stuck. She attended Harrington schools from elementary through high school. She went on to the University of Maine at Orono and graduated in 1948 with a degree in Romance Languages. While atOrono, Joanie met the love of her life, Richard Meserve. They married in September, 1948, and together they raised five children.
When her youngest child entered kindergarten, Joan began her teaching career with MSAD 37. Shewent back to school and earned her master's degree in Library Science, and in 1968 became thelibrarian at Narraguagus High School. She retired after 24 years with the district. In 1990, she andDick began dividing their time between Maine and Plant City, Florida. They spent 26 years as"snowbirds" and developed strong friendships with a large circle of friends. Joan became an integral part of the Country Meadows community where she enjoyed morning coffee with "the girls" and daily golf matches.
In addition to being an avid golfer, Joan was also a gifted artist and gracious hostess, whether for the family's regular "Friday night dinners" or dinner parties with friends. She loved nothing more than to be surrounded by people she loved, enjoying an evening of delicious food, good music, and lively conversation. She and Dick loved dancing together to the big band music of the 40's, and dazzled many with their skills for decades. This love for dancing continued into her retirement, and she took up tap dancing in her late seventies, and was part of a group that performed numerous times at Plant City's annual Strawberry Festival.
Joan's many grandchildren remember her as the coolest grandma ever. She had the best laugh, warmest hugs, and her smile would light up the room. She was also a fierce competitor, whether she was playing ping-pong or ladder golf during family reunions at Ft. Williams. Well into her eighties, she was online, chatting on FaceBook, making investments, and encouraging her grandchildren to plan for their future. They will be forever grateful for her generosity, foresight, and financial guidance that encouraged them to start planning for retirement while in their twenties.
Joan is survived by her husband of 71 years, Richard, and their 5 children: Susan Driscoll of Bethel, CT, Richard Meserve Jr. and wife Susan, of Harrington, Sandi Leackfeldt and husband Stephen, of Harrington, Cathy McGaffin and husband Don, of South Portland, and Michael Meserve and wife Sarah, of Harrington. She is also survived by 18 grandchildren and 17 great-grandchildren.
Joan was the oldest of 3 girls. She is survived by her two sisters: Jeanne Begley of Waldoboro, and Debbie Cashman, and husband Charlie, of Harrington, as well as generations of nieces and nephews.
Joan's positive outlook on life and upbeat personality made everyone want to be around her. She never spoke an unkind word about anyone and believed the best of all she met. We will miss her patience, keen intellect, kind heart, and her cheery, "Hello, dear!" She was a gift to her family and hers was a life well-lived.
A celebration of Joan's life will be held at the Faith United Methodist Church in Columbia, on Saturday, October 12, at 1:00 pm. Immediately following, there will be a reception at Harrington Elementary School.
In lieu of flowers, please consider making a donation in Joan's memory to one of the following:
Maine Community Foundation, George W. Frye Scholarship Fund, 245 Main St., Ellsworth, ME
04605 or Faith United Methodist Church, PO Box 186, Columbia Falls, ME 04623
Arrangements under the direction and care of Bragdon Kelley Funeral Home, Milbridge.
Published on October 1, 2019
To plant a tree in memory of Joan F. Meserve, please visit Tribute Store.

Plant a tree in memory
of Joan

A place to share condolences and memories.
The guestbook expires on December 30, 2019.

Restore the guestbook to view the 15 more posts by family and friends, and share a memory or message of condolence of your own. 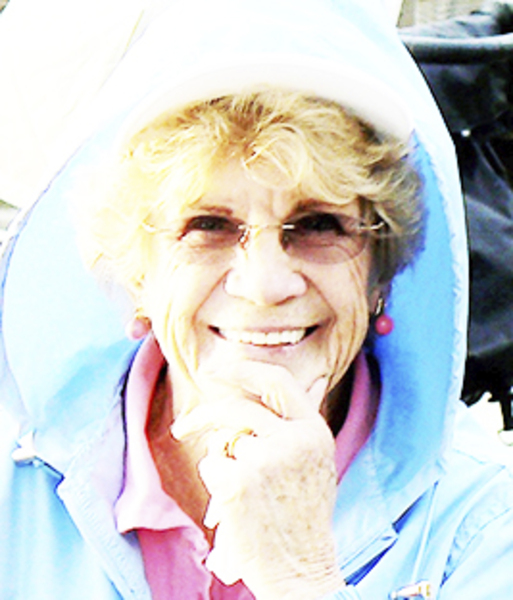