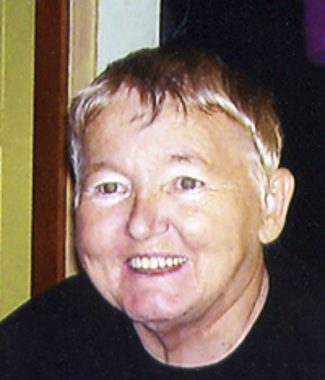 Back to Janet's story

Meddybemps and Machias - Janet Irene Ward, 75, passed away Tuesday, August 20, 2019 at Marshall Healthcare in Machias. Janet was born in St. Stephen, NB on December 12, 1943, daughter of Cecil and Irene (Scott) Ward. Upon the untimely death of Irene when Janet was three years old, she was then raised by her grandparents, Bert and Bertha Ward.
Janet attended the Meddybemps Grammar School and enjoyed going to the services at the Meddybemps Church. For a few years she lived in East Millinocket where she worked at McDonald's. Janet also resided at Sunrise Apartments in Machias but most of her life was spent in Meddybemps. She loved music, especially country music. Janet enjoyed participating in the Special Olympics walking, running and softball. Most recently Janet was a resident at Marshall Healthcare in Machias where she played Bingo and enjoyed the numerous activities. While a resident at Marshall Healthcare, Janet received excellent care and gained numerous friends, both staff and residents.
Janet was predeceased by her parents, Cecil Ward, Irene Ward; and her step-mother Helen Ward; and her special grandparents, Bert and Bertha Ward; and grandmother Nana Lena Kenny.
Surviving are her three sisters, Judy Crosby and husband Skip of St. Stephen, Paulyne Ward and companion Larry Hamilton of Meddybemps and Pembroke; and Brenda Shope and husband Lance of Brewer; nieces and nephews, Debbie, Jimmy and wife Tina, Cindy, Roddy and Danny and wife Lori; and several great-nieces and great-nephews, cousins and friends.
A celebration of Janet's life will be held 11 a.m. Friday, August 23, 2019 at Mays Funeral Home, 26 Church St., Calais. Visitation will be held one hour prior to the service, beginning at 10 a.m. Burial will follow in the Meddybemps Cemetery. Donations in Janet's memory may be made to the Marshall Healthcare Activity Fund, 16 Beal St., Machias, ME 04654. Condolences and memories may be shared at
maysfuneralhome.com
Published on August 21, 2019
To plant a tree in memory of Janet I. Ward, please visit Tribute Store.

Plant a tree in memory
of Janet

A place to share condolences and memories.
The guestbook expires on November 19, 2019.