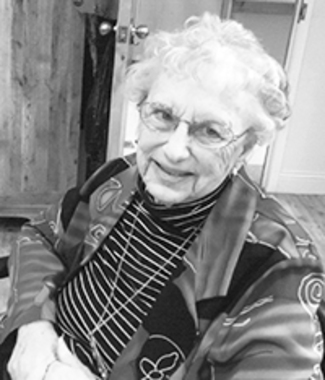 Back to Iona's story

Portland - Farewell to Iona Coffin
Iona Sorensen Coffin (89) left this world peacefully on September 1, 2019. Iona was the third daughter of Harriett nee Thompson and Jens Sorensen, born on January 15, 1930.
She graduated from Milbridge High School in 1948 and married Richard Coffin of Steuben the same year. Iona had a long career as a scholar and an educator. In 1962 she graduated at the top of her class from college and went on to serve in several teaching positions and principalships, first in Lubec and then in Steuben. In the meantime, she received her master's degree from the University of Maine at Orono. After retiring, she received a call from President Reynolds of the University of Maine at Machias. Would she be interested in serving as the development officer for the college? She said "yes" and served in that position for three years until Reynolds' retirement when she too stepped down. In her final retirement, Iona perused her love of knitting and sewing. She was an avid quilter, and she knit many sweaters and socks for her daughter. Iona loved reading Nora Roberts and J.D. Robb mysteries, and the daily papers. Her favorite evening pastime was watching the Rachel Maddow Show on MSNBC.
Iona was predeceased by Richard, her beloved husband of 57 years.
She is survived by her devoted daughter Lynn Coffin and son-in-law Phil Spalding. She is also survived by nieces Saundra Kennedy and Sharon St. Clair and nephew Maynard Nash. She was especially grateful to nephews Fenton, Jonathon, and Jared Coffin for all that they have done to help maintain the property since Richard's death and the role they play in modernizing the working waterfront. Iona leaves behind several friends whom she loved dearly: Shelly Phinney, Ester Poce, Amy Chipman, Sue Palmer, Jean Kucera and Christina Ganz. Last, but not least, she leaves behind a myriad of students whom she loved and inspired.
The family thanks the wonderful nurses and aides at 75 State Street and Northern Lights Hospice for keeping her comfortable in her last days, also to Dr. Carl Aselton of the Milbridge Medical Center for his years of caring and his friendship.
Visiting hours will be held from 6:00 to 8:00 pm on Friday, September 6th at Bragdon-Kelley Funeral Home in Milbridge. A funeral service will be held at 1:00 pm on Saturday, September 7th, at the funeral home, with Rev. Charles Kelley officiating. Burial will be private.
In lieu of flowers, contributions may be sent to the Henry D. Moore Library, 22 Village Road in Steuben 04680.
Published on September 3, 2019
To plant a tree in memory of Iona Sorensen Coffin, please visit Tribute Store.

Plant a tree in memory
of Iona

A place to share condolences and memories.
The guestbook expires on December 02, 2019. 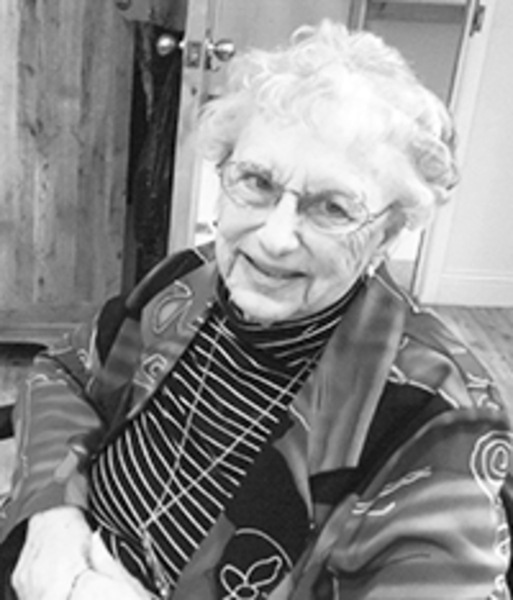