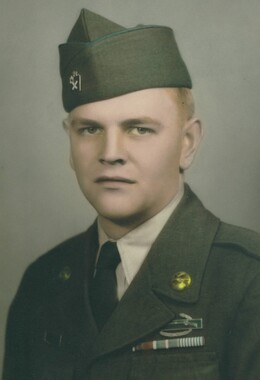 Back to Harold's story

Brewer - The Reverend Harold Dwight Grove passed away on February 11, 2020, at the Maine Veterans Home in Bangor. He was born in Troy, Ohio, on December 29, 1931, to Benjamin and Ruth (Brinkman) Grove, the youngest of five brothers.
He graduated from Newton High School in Pleasant Hill, Ohio, in 1950. Two years later he was inducted into the U.S. Army and married his high school sweetheart, Roberta J. Beekman, on January 1, 1952. Following basic training, he was sent to Korea. Soon after arriving on the front lines, Harold was wounded and spent three months in the hospital in Japan. He was awarded a Purple Heart and a Commendation Medal for meritorious service. When the war ended he returned home and began working for the U.S. Postal Service shortly thereafter. In 1966, Harold, Roberta, and their children, Susan and Brian, moved to Maine for Harold to study at Bangor Theological Seminary and the University of Maine. Graduating from the University of Maine with a B.A. in Elementary Education, Harold was initiated as a member of Kappa Delta Pi. After earning a Master of Divinity degree from Bangor Theological Seminary, he was ordained to Christian ministry on June 17, 1973. During his 40 years as a pastor, Harold served United Church of Christ and Congregational churches in Holden and Searsport, Maine; Holly Hill, Florida; Princeton, Massachusetts; and Carmel and Milford, Maine.
While serving as part-time minister in Holden in the mid-70s, Harold was also employed as a full-time tutor at Holbrook Middle School in East Holden. He served on the Searsport District School Board for many years. Harold enjoyed gardening, needlepoint, reading, fire wood cutting and making peanut brittle. He rarely missed a Red Sox game on radio or television, and he and Roberta enthusiastically attended many of their grandchildren's and great-grandchildren's sports events.
Harold is survived by his devoted wife of 68 years, Roberta; daughter Susan and Robert Grove-Markwood of Warren, Rhode Island and their children, James Lainsbury, Jason (Kristen) Lainsbury, Ian Markwood, and Christopher (Ashley) Markwood; son Harold Brian and Valerie (Gray) Grove of Frankfort and their children, Harold Rusty (Amanda) Grove, Pasco (Sarah) Grove, and Haley (Adam) Reed-Hall; and ten great-grandchildren.
A memorial service will be held later in the spring at the Holden Congregational Church, with a military committal service at the Maine Veterans' Cemetery in Augusta. The family would like to thank the Maine Veterans Home for their care. In lieu of flowers, gifts may be sent to the Holden Congregational Church, PO Box 309, East Holden, ME 04429, or to the Activities Department at the Maine Veterans Home, 44 Hogan Road, Bangor, Maine 04401. Arrangements trusted to Kiley & Foley Funeral Service, Bangor and Brewer. Messages and memories may be shared with his family at kileyandfoley.com.
Published on February 14, 2020
To send flowers to the family of Harold D. Grove, please visit Tribute Store. 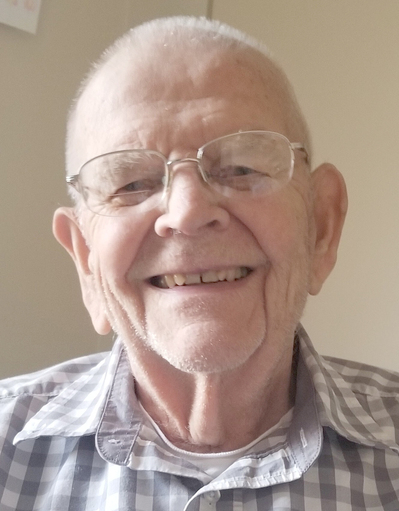 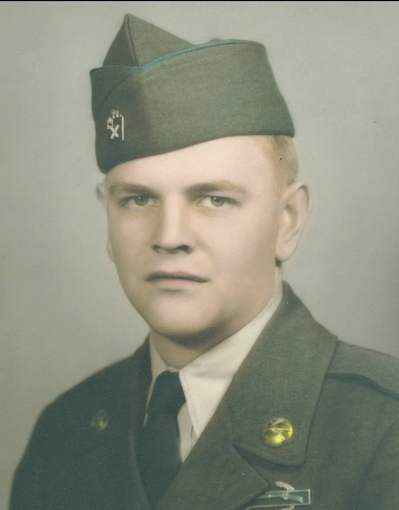 Send flowers
in memory of Harold

Sandra Reed
Susan and family, I am sending my condolences to all of you on Harold’s death. I enjoyed the times I spent with him and Roberta over the years. He was a good man, who certainly made many contributions to the lives he touched.
Linda Batchelder
My thoughts and prayers are with his family and friends. God bless and help everyone through this difficult time. I had the pleasure of taking care of Mr.Grove. Loved his smile and his wife setting outside the MVH when I was coming into work. RIP my friend. God bless you. 💔
View all