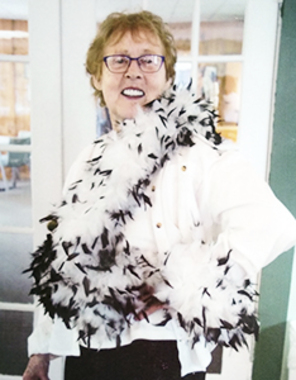 Back to Gloria's story

Calais - It is with deep regret that we announce the passing of our mother Gloria Isabel Clark (Johnson) on May 11, 2019. She will be profoundly missed by her family and friends. Gloria was born in St Stephen, New Brunswick, Canada to Alfred and Jessie (Grant) Johnson, the tenth of thirteen children.
After a short career at Ganong's chocolate factory in St Stephen followed by a stint in the Canadian Air Force, Gloria married the love of her life Harold R Clark in Calais. They had two children, Harold Jr. and Joy. When her children were older, she returned to the work force becoming a Bell telephone operator in Calais, a job which she loved and continued until they closed the local office in Calais. For years afterwards she often talked fondly about her time there as an operator. When they closed the telephone office in Calais, she furthered her education at the newly formed Washington County Technical College, where she received her degree in Secretarial Studies. While still a student there she found the profession that she was really destined for as a real estate broker. Gloria started Clark Real Estate in Calais, which enabled her to meet and work with people face to face which she loved. She made many lifelong friends in the many decades she worked in her business. In the 1980's she expanded into real estate appraisals and formed a second company, Clark Appraisals. She ran both businesses until her health would no longer let her continue the career she loved.
Gloria loved her children and grandchildren, as she relished their accomplishments and enjoyed spending time with them, especially on family holidays and at Howard Lake. She was an avid walker, swimmer and ice skater. She could be found at any event that her grandchildren were participating in at any given time. Gloria loved sports and followed women's college basketball and her beloved Boston Red Sox. She loved all the accomplishments of the Calais Blue Devils.
Gloria was predeceased by her husband Harold R Clark Sr., her parents Alfred and Jessie Johnson, her sisters Helen May, Esther Ruth, Eleanor Jean, and Brenda Marie, as well as her brothers Bert Edward (Mike), Lloyd Oscar, Ralph Arnold, Paul Alfred, and Hazen Charles. She is survived and missed by her children Harold and Dawn-Ann Clark, Joy and Jack Clark-Deutsch. Grandchildren Tessa and Jesse Clark, Peter and Sharon Clark-Deutsch. Sisters MaryLou Magraw, Ireane Neate, and brother Phil Johnson, plus many nieces and nephews. Sister in-laws Eleanor Clark and Joyce St. Pierre. Special friends Patricia Peck and Barbara Kendall. Arrangements are under the care of Direct Cremation of Maine, Belfast.
Services will be held later this summer.
Published on May 28, 2019
To plant a tree in memory of Gloria Isabel Clark, please visit Tribute Store.

Plant a tree in memory
of Gloria

A place to share condolences and memories.
The guestbook expires on August 26, 2019. 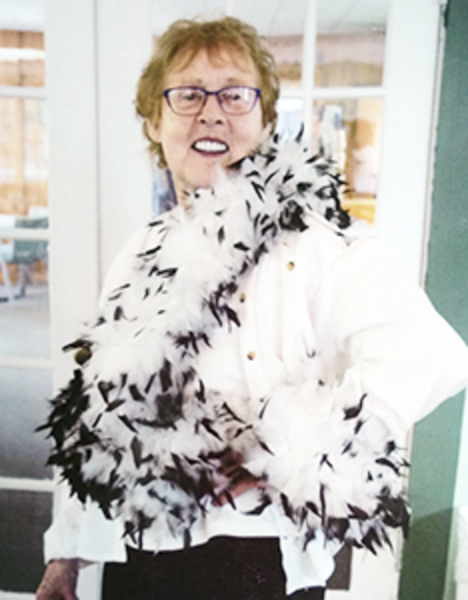