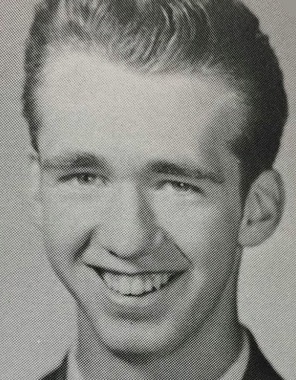 Back to George's story

Georgetown - CASTINE and ADDISON George Story Maclauchlan, age 77, died November 14, 2019 at Saint Elizabeth Hospital in Brighton, Massachusetts after a period of declining health.
He was born March 11, 1942 in Castine, Maine, the son of Harold Edwin MacLauchlan (1905 - 1950) and Nancy Jane (Look) MacLauchlan (1909-1954).
George attend the SS Nash School in Addison, Maine until 1977. He graduated from Chelmsford High School in Chelmsford, Massachusetts on June 8, 1960.
George was very passionate about his New England Sports Teams and Ham Radio. He loved to meet people that shared his interests.
George was a US Navy veteran from July 12, 1962 to January of 1971 Electronics Technician first Class. Upon discharge from the Navy at Treasure Island in San Franciso, CA in January of 1971.
He gained employment with New England Nuclear which was a nuclear medicine facility in Billerica, Massachusetts.
George married his second wife Carol Ann Brussard on September 12, 1981.
Surviving in addition to his son, Christian Michael MacLauchlan, and his two twin brothers Ernest MacLauchlan and Wife Ann, and James MacLauchlan.
He married his first wife Karen Louise Slez on October 23, 1965 - January 19, 1980 and eight Nieces and Nephews.
He is predeceased by his wife Carol Ann Brussard (1946 - 2011) and his sister Jane (1937 - 1941) and his brother Harold William (1934 - 1988).
The family will have a private ceremony at a later date.
Published on January 14, 2020
To plant a tree in memory of George Story MacLauchlan, please visit Tribute Store.

Plant a tree in memory
of George