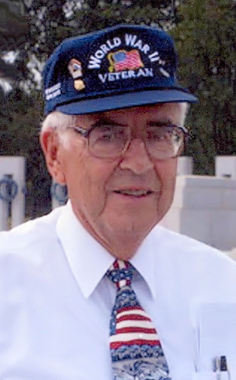 Back to Galen's story

Bangor - Galen Cole, 94, died January 9, 2020, in Bangor. Born Nov. 29, 1925, in Bangor, Galen was the fifth of seven children born of Albert J. and Amy (Stone) Cole. He had battled prostate cancer since 1993.
A 1944 graduate of Bangor High School, Galen was a combat infantryman with the U.S. 5th Armored Division and lost his entire squad, 5 killed and 8 wounded fighting in Germany on April 2, 1945. A recipient of the Purple Heart and Bronze Star, he served as president of the 5th Armored Division Association and three times hosted the group's annual reunion in Bangor, including its final reunion in June 2012.
He worked 50 years for Cole's Express, including decades as president, growing the company to a regional carrier serving Maine, northern New England and the Canadian Maritimes.
Galen served on and led over a lifetime scores of civic, charitable, military and business groups. He was elected in 1955 to the Bangor City Council at 29, and was mayor in 1958. His life of service included terms as president or chairman of: The Bangor Chamber of Commerce, Bangor YMCA, Target Area Development Corp., Down East Friends of Jackson Laboratory, Associated Industries of Maine and UM College of Business Advisory Board. He served 24 years on the University of Maine Development Council, several as its president. He was an Honorary Alumnus and received the coveted Black Bear Award for outstanding service.
The Military Order of the Purple Heart selected Galen for its National Americanism Award. He was an honorary member of the Maine National Guard and received the Distinguished Service Award from the 101st Air Refueling Wing. He led the Dedication Committee for the I-395 Veterans Remembrance Bridge and was selected chairman for Bangor's celebration and parade marking the 50th anniversary of the end of World War II. In 1994, he helped patriots from Luxembourg form the US Veterans Friends Luxembourg, and served as its honorary president. The Maine American Legion named him Citizen of the Year and later presented him the Distinguished Service Award.
Galen received the Norbert X Dowd Lifetime Achievement Award from the Bangor Chamber of Commerce, the Business Leader of Maine Award from the Maine Chamber of Commerce, the Friend of Education Award from the Maine Education Association and an Honorary Doctorate of Business Administration from Husson University. He served 32 years on the boards of directors of Merrill Trust Bank, Merrill Bankshares and Fleet Bank. He was a board member of Central Maine Power Co. and Eastern Maine Medical Center. In 1968, he served as Potentate of Anah Shrine. Galen served terms on the vestry, followed by service as Junior, later Senior warden, of Bangor's St. John's Episcopal Church.
In 1990, Galen and his wife, Sue, created and opened the Galen Cole Family Land Transportation Museum, which has been visited by more than half a million people from all 50 states, every Canadian province and dozens of foreign countries. Galen considered his highest public honor the gift of 77 Maine antique vehicles even before construction of the Cole Museum was begun. Since its opening and from all corners of Maine, more than 50,000 Maine schoolchildren have interviewed veterans in the museum's Ambassadors of Patriotism program. Maine made maple walking sticks have been given to more than 10,000 Maine veterans of World War II, the Korean War, the Vietnam War and the Global War on Terrorism.
Galen was proud to have the museum grounds the home of several patriotic monuments, among them the Maine World War II Memorial, The Maine Vietnam War Memorial, The Maine Purple Heart Memorial and Bangor's World War II Memorial.
Galen's highest honor was the 73 year marriage to his childhood sweetheart, Suzanne (Welch) Cole, who predeceased him in 2017. Surviving him are their five children, Ann Parke and husband, George, Richard "Dick" Cole and wife, Jane, Garret "Gary" Cole and partner, Patricia Russell, Janet Cole Cross and husband, William, Galen "Len" Cole Jr. and wife, Michele; 11 grandchildren and 16 great-grandchildren. Also surviving is his sister, Dorothy Warren. Galen was predeceased by his parents; brothers, Gerald, Chesley, and Vaughn; sisters, Jackie Wakefield and Winona Sawyer; and daughter-in-law, Marsha Cole.
The Galen Cole Family acknowledges and thanks the dozens of lifelong employees and family members of Coles Express, plus scores of Cole Museum volunteers who have been vital to the museum's ongoing success.
More than 200 veterans of World War II, Korean War, Vietnam War and the Global War on Terrorism have shared for 27 years their experiences with Maine youth through the Cole Museum's Veterans Interview Program. Now 3rd and 4th generation Cole family members are helping assist dozens of Maine Military and Civilian volunteers to assure the continuation of programs for generations to come safeguarding the guiding principle that the Cole Family Foundation will strive always to be Maine's most efficient charitable organization, following Galen's commitment to God in WWII if allowed to return home from that war he would work to leave his fellow man better off than he had found them.
A public memorial service will be held at 11:00 am Saturday, January 25, 2020, at Anah Shrine Center, 1404 Broadway, Bangor, with Dr. Steve Smith, Pastor of the First United Methodist Church, officiating. All recipients of walking sticks are invited to attend and proudly carry and use them. Condolences to the family may be expressed at BrookingsSmith.com.
Published on January 10, 2020
To send flowers to the family of Galen Cole, please visit Tribute Store. 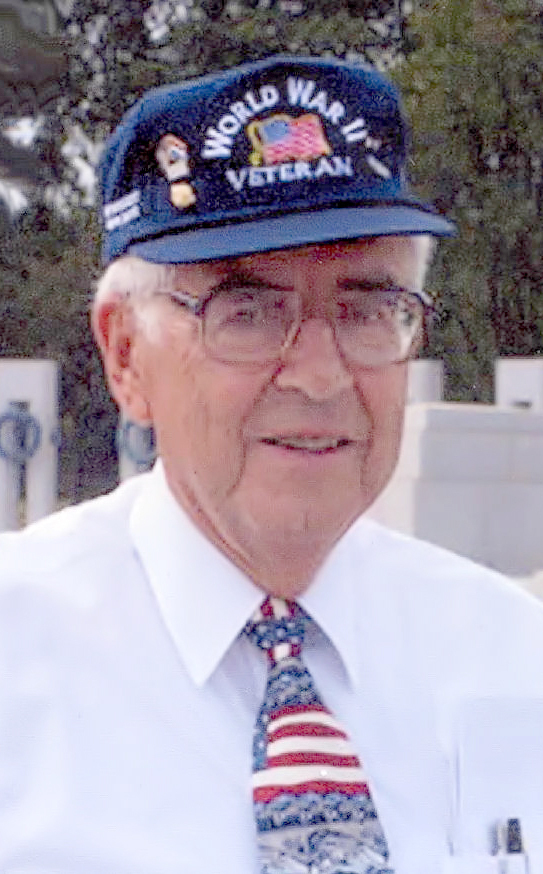 Send flowers
in memory of Galen

A place to share condolences and memories.
The guestbook expires on April 09, 2020.

1 of 8
Els and Gilbert Kohn-Peeten Grand Duchy of Luxembourg
Dear Family of Galen Cole
It's so sad. Galen was a good man. Here in Luxembourg we lost a very good friend, G.I of the 5th Armored Division, which liberated Luxembourg 75 years ago Sept 10th 1944. Lest we forget..
We,the Lux choir of Dahl and me as condutor often remember the wonderful concert trip to Bangor Sept 2000. His contribution was decisive for the excellent success of this event. Galen will forever be unforgotten by us, he will continue to live in our memories and in our hearts. " Dear Galen may a festive choir welcome you and lead you to the Holy City, the heavenly Jerusalem, so that you may have eternal rest."
We shall remember him in best memory and express here our most sincer...e condolences to his Family and also to all his friends
Els ,Gilbert and familyRead more W.H. “Brud” Morrison
As a supplier to the transportation industry for over forty years, I had numerous opportunities to engage Galen rand always found him to be thoughtful. A special note of condolence to Dottie Warren and her daughter, Bev. You, along with the rest of the family, are
in my prayers.
Barbara Swett
My sincere condolences to the Cole Family. My relationship with your father spanned 60 years working closely with him at Cole's Express and volunteering at the museum. I have many special memories.
Rest in peace, Galen .
Trish Phelps Schupple
Condolences to family and friends. I am so grateful to have visited for the Fifth's reunion with my dad and sisters, kids, etc. Thank you sir for all you have done even beyond military service, to preserving history. God bless you.
Joyce Welty
I have been working at Cole's Museum for 2 years. I enjoyed listening to Galen's stories about his amazing life of adventures and about the artfacts. Visitors of the Museum really enjoyed Galen walking around and stopping telling them about the artifacts they were looking at. Galen always drew a crowd.
Galen will be greatly missed by all at the Museum.
Nico Schartz, Choir Caecilia of Goesdorf/Grand-Duchy of Luxembourg
Dear Family.
Please accept our sincere condolences for the passing of Galen Cole.
We, the members of the choir Caecilia, had the privilege to meet Mr. Cole during our visit to Maine in summer 2000 and to contribute to the celebrations of the 55th anniversary of the end of WWII, which he had organized in and around Bangor. We had been impressed by Mr. Cole’s indefatigable commitment (at 74!) to inform the young people about the sacrifices of the Maine men and women during the dire years of the War.
He had come to Luxembourg and our villages in summer 2004. The mayor and all the local citizens had been proud to award Mr. Cole “Honorary Citizen” of the municipality of Goesdorf.
In July ...2017 two families of our choir visited Mr. Cole in his museum and were very pleased to exchange memories of our 2000 trip with him. We noted again that he continued his life mission with admirable personal engagement and assiduity at the age of 91!
All the choir members keep him in mind as an outstanding missionary for peace and understanding between people, and between peoples.Read more
Steve Conrad
Len, I am very sorry about your Dad's passing. What a nice man he was. I remember how both Mom and Dad followed your golf accomplishments so closely. They beamed with pride. It was obvious to me watching them watch you when we played together. When paired together your Dad always made it a point early on to greet me. He was a grand soul and will be missed in the Bangor Community.
Jon Dawson

Words cannot express the gratitude of all the Veterans of Maine who admired this American icon. He set an example for those who served their country and for all who knew him. For those who served in the military we give thanks for his contribution to his community and country.

Written in the Stars was purchased for the family of Galen Cole by Seven Islands Land Company.  Send flowers

Linda Voss
Clearly, Galen's legacy rests in the hearts and minds of every student and teacher who has ever experienced the interview program he so lovingly, proudly, and enthusiastically launched and nurtured. I am positive as long as we have veterans, this program will continue. Oh, that we all could leave behind such a legacy—such a treasured gift for future generations. You see, there is no doubt in my mind that my students (along with so many others from across the state) will pass on their love of country and appreciation for the sacrifices our veterans have made to defend our freedom. Galen will live on in the ripples of a pebble he so lovingly tossed many years ago, one that was a result of a ...promise he made to himself.

On behalf of the students and teachers of Winslow Junior High School, I salute you and thank you one last time, Galen. I regret not being able to attend the memorial service, but I am now living in Austria.Read more
SARAH BURNHAM
Ann, sorry for you and your family for the loss of your father. My thoughts are with you.
1 of 8
View all