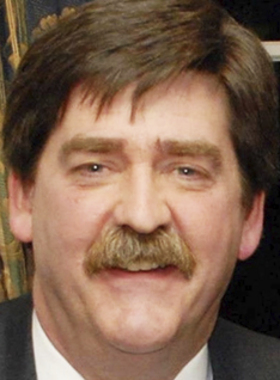 Back to Dr. Harold's story

Orono - Dr. Harold Zane Daniel, Jr., 65, died April 11, 2019, following a six month-long illness. He was born in Greensboro, North Carolina, the son of Helen Jones Daniel and Harold Zane Daniel, Sr.
Harold graduated from Walter M. Williams High School in Burlington, North Carolina, in 1972. Following high school, in 1976, Harold received a Bachelor of Science degree in Business Administration (Marketing) from Appalachian State University in Boone, North Carolina. In 1978 he became one of the first two MBAs to graduate from Appalachian State University's Walker College of Business.
It was at Appalachian State University where he met his wife of 42 years, Kathy.
Harold became a Senior Project Director at Burke Marketing Research, was a Marketing Research Manager at Campbell Soup Company and a Project Supervisor at General Foods before completing his PhD in Business Administration (Marketing) at the University of Connecticut in Storrs.
He was an Associate Professor of Marketing, for the last 22 years, in the Maine Business School.
Harold was predeceased by his father Harold, Sr. Surviving, in addition to his wife Kathy, are his mother Helen of North Carolina, his sister Cynthia Chandler, her husband Chan, his brother Michael and his wife Tara, also of North Carolina. Also, his sister-in-law Sarah Fogelson of Virginia and his brother-in-law David Fogelson of New Mexico.
There are seven special nieces and nephews who also survive.
As well as other undergraduate and graduate courses Harold most recently taught Marketing Research, New Product Management and Managerial Marketing. When asked he often advised businesses in Maine and supported special efforts in the state capital. His marketing or marketing research assistance sometimes included a class project. He continued with his own research interests and publications in his field. He was a member of the American Marketing Association, the Association for Consumer Research and the North American Case Research Association.
Harold played several musical instruments and was a member of Phi Mu Alpha Sinfonia. During his college years he was licensed in North Carolina as an on-air announcer and worked part-time at several local AM and FM radio stations. He was a subscriber to the Bangor Symphony Orchestra and for fun would look for opportunities to fly in vintage airplanes. He was particularly honored to serve as advisor to UMaine's collegiate chapter of the American Marketing Association. As the advisor he was given additional meaningful time with students. Time with students brought him the best hours of each day. He was dedicated to preparing students for life after their degree.
One way to make sure their preparation was complete was to include the more distant world around them. Harold led two trips to visit business locations in Brazil, including the exploration of an ecotourism lodge, in a sustainable reserve, in the Amazon. Traveling to the lodge via plane and then "fast boat" added to these fun and unique trips. Harold was always a fan of travel on the water or anything that would fly, new or old.
The family would like to thank the Lafayette Family Cancer Institute, the Northern Light Eastern Maine Medical Center Palliative Care Program, hospice support and the entire sixth floor team.

A gathering will be held at the Maine Business School in Orono at a date and time to be announced. A memorial service will be held at the First Presbyterian Church in Burlington, North Carolina, at a future date. Those who wish to remember Harold in a special way can contribute in his name to the Bangor Humane Society, 693 Mt. Hope Avenue in Bangor, Maine 04401. Condolences to the family may be expressed at BrookingsSmith.com
Published on April 15, 2019
To plant a tree in memory of Dr. Harold Zane Daniel, Jr., please visit Tribute Store.

Plant a tree in memory
of Dr. Harold

A place to share condolences and memories.
The guestbook expires on July 14, 2019.