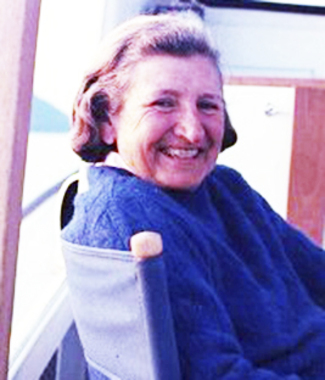 Back to Constance's story

Northeast Harbor - Constance Bradley Madeira, 102, died peacefully in her home in Northeast Harbor, Maine, on March 24, 2020 surrounded by her family. She was born in Convent Station, New Jersey, on December 31, 1917, the daughter of Charles B. Bradley and Constance Z. Bradley. She graduated from The Peck School in Morristown, NJ and from Milton Academy in Milton, Massachusetts in 1935.
Connie lived and worked in Boston until 1940 when she married Crawford C. Madeira, Jr. They resided on the Philadelphia Main Line and settled in Princeton, New Jersey in 1950.
She was introduced to Mount Desert Island when her family brought her to Northeast Harbor in the summer months of the early 1930s. It was love at first sight. She learned to sail an A boat and later became an accomplished skipper of the Madeira family International One Design, "Auriga." Thus began her lifelong affair with sailboat racing at the Northeast Harbor Fleet. In the early 1960s, she acquired her beloved sloop, "Baleira." Cruising the coast of Maine with family, friends and devoted deck hands became her true passion. Connie derived pure happiness from a full day of sailing with a steady breeze, anchoring in an idyllic cove, taking a dip in Maine's chilly water, and marveling at a vibrant sunset with her evening cocktail.
She thrived on competitive sports. An avid tennis player for decades, she also downhill skied well into her eighties. In her nineties, she continued to play golf and ride her 3- speed bike to town to fetch her daily mail and newspaper. In recent years, she enthusiastically followed the New England Patriots, the Boston Red Sox, and professional tennis on television.
After a divorce in 1965, Connie moved from Princeton to Dorset, Vermont where outdoor life beckoned. She spent winters teaching skiing at Stratton Mountain Ski Area and continued to migrate to Maine every summer. In 1978, she made Northeast Harbor her permanent residence and became fully immersed in the local community that she so dearly loved. She was a member of the town's Harbor Committee and served on the board of the Mount Desert Nursing Association. She also served as President of the Board of the Mount Desert Medical Center. She was a faithful parishioner at the Parish of St. Mary's and St. Jude's where she served on its vestry and sang in the choir. Connie was a member of the Northeast Harbor Tennis Club, the Northeast Harbor Golf Club, and an honorary member of the Northeast Harbor Fleet. Since 2015, she was the proud steward of the Boston Post cane, presented to the oldest citizen in the Town of Mount Desert.
She is survived by her three daughters, Constance ("Tanny)" M. Clark of Boca Grande, Florida, Marion ("Mazzie") M. Gogolak and her husband, Charles P. Gogolak of Naples, Florida, and Elizabeth ('Lisa') M. Loring and her husband, Robert W. Loring, of Duxbury, Massachusetts.
She was predeceased by her son, Michael C. Madeira, and her brother, Charles B. Bradley, Jr.
She is also survived by ten grandchildren, nineteen great grandchildren, and a team of compassionate, loyal care givers.
In lieu of flowers, donations may be made to the Mount Desert Nursing Association, P.O. Box 397, Northeast Harbor, Maine 04662.
A memorial service will be arranged at a later date.
Arrangements by Jordan-Fernald, 1139 Main Street, Mount Desert.
Published on March 26, 2020
To send flowers to the family of Constance Bradley Madeira, please visit Tribute Store.

Send flowers
in memory of Constance

A place to share condolences and memories.
The guestbook expires on June 24, 2020.

Mary and Allan Raymond
It looks like you Mazzie better prepare for another 30 years yourself.
Yes. You are the "Maine" Mom now...Connie will be missed but you have all those good memories to fall back on...Best to you! And see you real soon!!!!!
JIM MICHAUD
WHAT A WOMAN!! I AM IN AWE! The recipient of a long and healthy life, who apparently went all out or nothing, in the living of it. I would have derived great benefit from having known her. Riding her bike while in her nineties. WOW! God bestowed much upon her. Reading her tribute was uplifting, and made me smile. I offer to you my sincere condolences. I am confident that you will find comfort in an abundance of fond memories of a very special woman.
Temple Grassi
Lisa texted -'Connie went out the Westward Way today'
Robert texted - 'Connie made a perfect dock landing today'
I did not see much of Connie recently , but it was somehow reassuring that she was 'in there' at Mad House
RIP
Temple Grassi
Lois
She certainly had a wonderful life! Very interesting obit🙂🙏🏼😇
View all 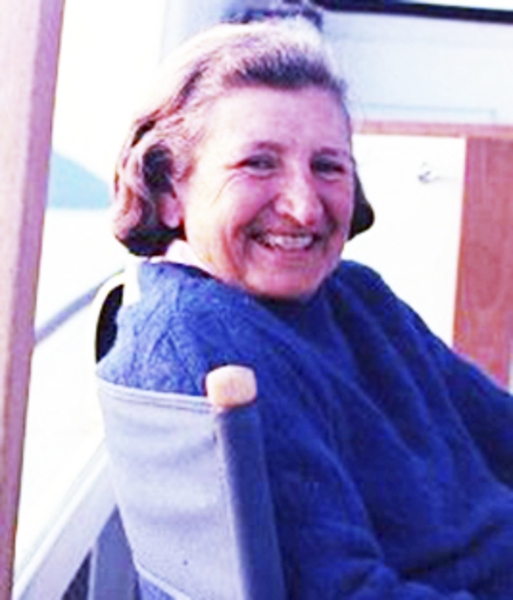