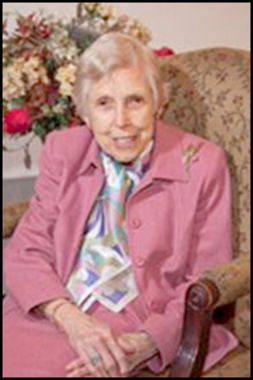 Back to Charlotte's story

Camden - Charlotte Pierce Armstrong, 90, born March 13, 1927, passed away peacefully in Camden, Maine, on December 8, 2017, where she resided for the past four years. She was a distinguished attorney, advisor on corporate governance, committed philanthropist, and dedicated to academia and women in the workforce. Born in Boston and raised in Cambridge, Massachusetts, she was the daughter of Louise P. Horwood and Prof. Murray P. Horwood. Mrs. Armstrong attended the Shady Hill School, the Windsor School, and graduated from Radcliffe College in 1949, cum laude, with an A.B. in government, history, and economics. She then went on to receive her A.M. in public law and government from Columbia University in 1950. In 1953, she received her LL.B. from Harvard University, in the first class to admit women to the Law School.
Mrs. Armstrong spent her early career in Washington, DC, where she served as a trial attorney in the Tax Division of the U.S Department of Justice. She continued her career at Cravath, Swaine & Moore in New York City. She then became an Attorney at the Law Offices of Joseph E. Bachelder, where she handled senior level employment, compensation arrangements, and claims of business, securities, and tax laws of senior executive compensation. Subsequently, Mrs. Armstrong worked at KPMG, LLP as Director of Practice Development and Technical Resources for the Human Resources Consulting group. She also served as Assistant Vice President at The Equitable Life Assurance Society. Mrs. Armstrong later became a Senior Consultant with the Ross Companies and ended her prominent career as Senior Managing Director with the Brock Capital Group, LLC in New York City.
Mrs. Armstrong was a passionate philanthropist, particularly in academia. In 1999, she completed a 6-year tenure on the Board of Overseers of Harvard University, and was President of the board during her final year of membership. She was President of the worldwide Harvard Law School Association between 1994-96. Additionally, Mrs. Armstrong chaired the visiting committees of Harvard Law School and the university-wide human resources function, serving five years on each committee. Mrs. Armstrong also served as the president of the Harvard Law School Association of New York City, and her painted portrait is hanging on the wall at the Harvard Club in New York City. Additionally, Mrs. Armstrong served as a chair on the Harvard Overseers Committee on Women's Studies and Women Faculty. Similarly, she served as a member of the Task Force on Women and Leadership in the Faculty of Arts and Sciences. In 2011, Mrs. Armstrong received a Doctorate of Law, honoris causa, from Marymount Manhattan College.
Throughout her life as an avid volunteer, Mrs. Armstrong dedicated a significant portion of time to several causes. Mrs. Armstrong was a member of The National Society of the Colonial Dames, where she served as President General from 2000-2003. Mrs. Armstrong chaired the Board of Trustees of the American Farm School in Greece, and was a trustee and treasurer of the Royal Oak Foundation. Additionally, she was a trustee and member of the executive committee of the American Trust for the British Library, and was director and member of the executive committee of the National Institute of Social Sciences. Mrs. Armstrong was also a member of the English-Speaking Union of the United States and the Mille Capital Corporation. Likewise, she served on the board of the Mount Vernon Hotel Museum, the Community Service Society of New York, and the Council for Career Planning.
Mrs. Armstrong enjoyed several memberships to various New York City social clubs. She was an active member of the Cosmopolitan Club of New York City, serving as the President from 2003-2006. Mrs. Armstrong was a Fellow at the Frick Collection and the Pierpont Morgan Library. Mrs. Armstrong was happily married for twenty-two years to J. Sinclair Armstrong. Together they enjoyed an exquisite life, frequently traveling abroad. They enjoyed homes in New York City as well as Washington, Connecticut and Chappaquiddick Island, Martha's Vineyard. They kept their Hinckley Pilot "Heather" in Bass Harbor, Maine where they spent many summers sailing the Maine coast. They were members of the Edgartown Yacht Club and the New York Yacht Club. They both shared a passion for Harvard University, as well as many rewarding memberships and causes they championed. Additionally notable during their life together, was Mr. Armstrong's fight to save St. Bartholomew's Episcopal Church from being demolished in the 1980's. The church, located at Park Avenue and 50th Street, still stands today after Mr. Armstrong, strongly supported by Mrs. Armstrong, won the argument. The church remains as a New York City landmark preservation today.
Mrs. Armstrong was predeceased by her husband, J. Sinclair Armstrong; and sister, Louise A. Cohen. She is survived by her brother, Sargent P. Horwood of North Hamilton, Ontario, and his spouse, Ruth Horwood; three nieces, Robin P. Alden of Stonington, Maine, and spouse, Ted Ames, Abigail T. Alden, of Camden, Maine, and Eliza A. Barton of Cocoa Beach, Florida, and spouse, Larry Barton; a great-niece, with whom she shared a very close relationship, Natalie A. Talbot, of Portland, Maine; several other great-nieces and great-nephews, and four stepchildren.
A memorial gathering will be held on Thursday, May 3, 2018, at 5 p.m. at the Cosmopolitan Club in New York City. In lieu of flowers, donations may be made in Mrs. Armstrong's name to the following causes: Harvard University, c/o Harvard University, P.O. Box 419209, Boston, MA 02241; The American Farm School, 1133 Broadway, Suite 1226, New York, NY 10010; or Quarry Hill, Resident Fund, 30 Community Drive, Camden, ME 04843.
Published on January 10, 2018
To plant a tree in memory of Charlotte Pierce Armstrong, please visit Tribute Store.

Plant a tree in memory
of Charlotte

A place to share condolences and memories.
The guestbook expires on April 09, 2018. 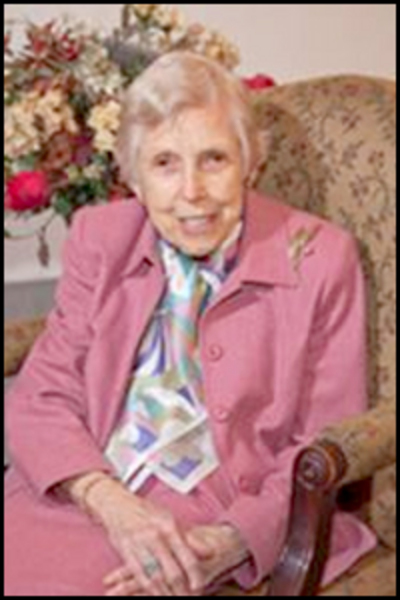