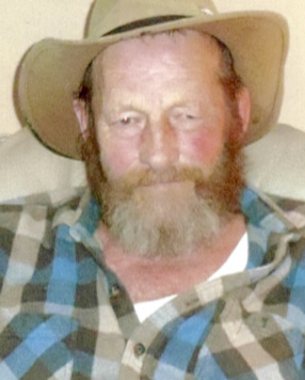 Back to Carl's story

Abbot - Carl E. Vainio, 78, rolled a seven, at home where he wanted to be, on December 21, 2019. He was born November 6, 1941, in Dover-Foxcroft, the son of Laurie H. and Madeline Pearl (Sinclair) Vainio.
He was a woodsman and farmer most of his life and in later years he owned Monson Maine Slate Co. As a young man, he dreamed of owning those quarries. He made his dream come true. He was a member of the Guilford Fire Department in the 1960's.
He was known to donate to organizations for children, but always anonymously. In hard times, he put wild game on tables of people in need. He could also make the most beautiful bouquets of wild flowers you have ever seen. He loved hunting and fishing, the more illegal it was, the more enjoyment he got out of it. (There was a lot of enjoyment.). His greatest pride was his grandchildren, great-grandchildren, and his dogs.
He loved his television, especially old Westerns (no commercials). If the Red Sox were losing, he would get mad and turn the channel back to the Westerns. He didn't sing, but if the situation was right, he would sing "Young at Heart" by Frank Sinatra to you.
He is survived by his companion, Stephanie Taylor and her son, Chris; and his children, Tracy Gray and her husband, Dana, Brandi Corbin and her husband, Jesse, Laurie Vainio and his wife, Sarah, and Jason Smith and his wife, Christine. He leaves five grandchildren, Sierra Taylor and her husband, Brian, James and Jude Corbin, Rhys and Vale Vainio; and two great-grandchildren, Kaden Rollins and Rhett Taylor. He also leaves eight brothers and sisters, Laurie Lee Vainio and his wife, Simone, Paul Vainio and his wife, Louise, Galen Vainio and his wife, Donna, Lillian Fundeklian and her husband, Arthur, Rita Reckards, Linda Champion and her husband, Don, Jolene Wilson, and Bobby Vainio and his wife, Cindy; and many nieces and nephews, including a special nephew, Steve Vainio. He will be remembered by Scott "Smokey" Austin, who was like a son to him. He was extremely fond of his four burros, two dogs, Casey Jr. and Tulip, and two cats, Oscar and Tony.
He was predeceased by his parents; sisters, Cathy and Trudy; granddaughters, Sheena and Shannon Reed; brothers-in-law, Steve Reckards and Harold Wilson; and niece, Julie Vainio.
And just between you, me, and the woodbox, he and Weldon have Inspector Finley on the run again.
He lived his life his way
He was a LEGEND.
In the summer there will be a celebration of life at the family farm in Abbot, where we will share stories of adventures, tender moments, and the times he did it when they said he couldn't.
Carl's family would like to thank the E.M.T.s and the first responders, with a special thank you to Guy Dow, for being there for him and for us.
Donations in Carl's memory may be made to Maine Children's Home for Little Wanderers, 93 Silver Street, Waterville, ME 04901, or to your local Little League, or to your local Fire Department.
Arrangements are in the care of the Lary Funeral Home. Condolences and memories may be expressed at www.laryfuneralhome.com.
Published on December 30, 2019
To send flowers to the family of Carl E. Vainio, please visit Tribute Store.

Send flowers
in memory of Carl

A place to share condolences and memories.
The guestbook expires on March 29, 2020.

CJ
Heaven has gained a special angel. Oh the stories they will hear lol.
I still can believe that Carl has left us all, however, he left us with stories, educated us with “ol time ways of fixing things and running a business. Taught us so many things about life in general. Carl was one very smart man. He loved his animals more than he loved some people. He did love his family and true friends and he always would stand up for what he believed in. If h was wrong, he didn’t hesitate to admit it and apologize but 99% of the time he was right!!!
My condolences to his family, Tracy and Lauri. Maine has lost a legend! He will always be remembered ❤️
Jeffrey Cross
I once sold Carl some pieces of marble that my mother had in her shop. I remember that my father,Ruel had told me that I could trust Carl. I didn't count the money. Just put it in my pocket. When I got home I checked. There was $50.00 more than we had agreed on. I asked him about it and he said, "We've never had any dealings before, so I was checking you out." I tried to give him back the $50.00 and he wouldn't take it. "Nope, that's really closer to what the marble's worth. You gave me a good deal. I give you a better one. Close enough."
Lauchlin Titus
Condolences to the family. Wonderful obituary for such a colorful and legendary life story.
Sara Russell
Carl meant more to me then I'll ever be able to express. He made me who I am. His soul was like no other. He radiated like the sun. Love him or hate him, if you're from maine, you at least knew OF him. If you didn't, "well, baby girl, you're a little far outta your neck of the woods.". Carl, if you can see/hear me, (he can) haunt my ass every now and again, and I never, ever forgot my opposites!😉 to his children, Brandy, Laurie, Tracie..and nephew Steve..and everyone else that LOVED this TRUE MAN, my deepest of sympathy.
Dave Thorp
There's a pair of shoes that will never be filled again. God judges a man by his heart, not by his reputation. Thank goodness.
Nancy maloon
RIP Carl u surely were one of a kind
Linda Gillis Allen
Being a close friend of Jolene's in high school, I spent quite a lot of time at the farm. My memory of "older brother, Carl" was looking after family and putting food on people's tables. Care and condolences to all the family. The one's I knew and the one's I don't. Not many people had or have the pleasure of knowing a caring "legend" RIP
Penny clark
Condolences sent out to all.great man Carl was.
Doug & Terry Hall
A very fitting to the T obit for Carl...
JIM MICHAUD
Although I never had the pleasure of knowing this colorful man, I view anyone that provides for the needy as being a class act, and anyone who loves animals as being a friend. May fond memories comfort you now, and in the years to come. I extend my condolences to you at this time.
Sally Tornquist
I always enjoyed talking with Carl. He had a great knowledge of the woods. When i was logging if I needed help fixing a road, he would be there. Carl will be missed by many.
View all