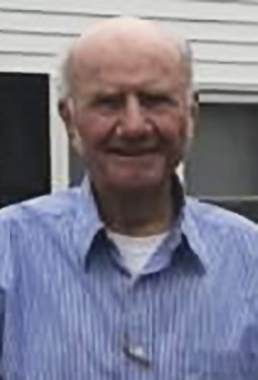 Back to Calvin's story

Pembroke - Calvin Herbert Short, 88, passed from this life on July 10, 2019, in Calais. He was born on January 4, 1931, in Tuskahoma, Oklahoma to Charles and Lenna (Hix) Short. Growing up during the Great Depression, Calvin learned to farm at an early age. As sharecroppers, Calvin's parents traveled throughout southern Oklahoma and northern Texas, working the land and harvesting crops to provide for the family. Spending long days in the cotton fields alongside his parents and seven siblings, Calvin's early years instilled within him the virtues of hard work and self-sacrifice that remained with him throughout his life.
After graduating high school, Calvin joined the United States Army and was deployed to Germany during the Korean War. After serving two years in the military, Calvin returned home and settled in Ft. Worth, Texas, where he attended trade school and learned watchmaking and jewelry design. While in Texas, he met and married Muriel Ashby. Together, they raised three sons. Calvin worked in the oilfield equipment industry and later worked for many years as a purchasing agent for a railcar equipment manufacturer. Calvin began his second career in 1985 when he opened a clock and jewelry store, which he managed successfully until he retired in 1994 and moved to Pembroke. Calvin faithfully served the Lord Jesus and found his greatest joy in the company of family and friends. He was a member of the Charlotte Baptist Church and the American Legion, Post 59, in Pembroke. Calvin enjoyed playing guitar and singing country and gospel music with fellow musicians, and he regularly promoted and attended the bi-weekly music sessions at the Pembroke Library
In addition to his parents, Calvin was predeceased by his first wife, Muriel (Ashby) Short; his second wife, Majel Moody; and his seven siblings, Virgil Short, Roy Short, Charles Short, Hazel Estep, Lavurn Short, Francis Smith, and Thomas Short.
He is survived by his three loving sons, Frank "Buddy" Short and his wife, Jana, of Bedford, TX, Darvin Short of Pembroke, and Tracy Short and his wife, Sonya, of Alexandria, VA; stepson, Scott Johnson and his wife, Lorie, of Edmunds; six grandchildren, Stacy, Jordan, Amy, Kevin, Evan, and Ryan Short; three step-grandchildren, Carrie Johnson, Jenny Prenier, and John Johnson; five great-grandchildren; and several cousins, nieces, and nephews.
Visitation will be held from 6:00 - 8:00 pm on Monday, July 15th at Mays Funeral Home, 26 Church St., Calais. Funeral services will be held 11:00 am, Tuesday, July 16th at Charlotte Baptist Church, 1096 Ayers Jct. Rd., Charlotte, Pastor Bill Hunt officiating. Burial with military honors will follow at Clarkside Cemetery in Pembroke. Condolences and memories may be shared at www.maysfuneralhome.com
Published on July 14, 2019
To plant a tree in memory of Calvin H. Short, please visit Tribute Store. Plant a tree in memory
of Calvin

A place to share condolences and memories.
The guestbook expires on October 12, 2019.