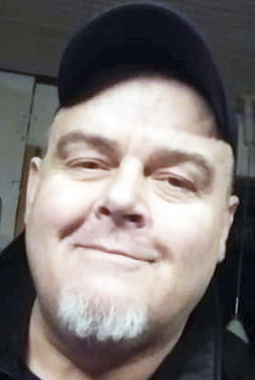 Back to Burton's story

Willimantic - Burton Glen Packard V, 50, passed away unexpectedly at his home in Monson on January 3, 2020. He was born April 3, 1969, in Sarasota, Florida, to Darlene (Turner) Brown and Burton M. Packard IV.
Burt was known as a hardworking family man who loved people. He wore many hats throughout his life. He was a contractor, helping people build and fix anything and everything. He was also a hunting and rafting guide; he loved to show people what Maine had to offer. He was a true outdoorsman; hunting, fishing, four wheeling and camping were all passions he passed on to his children and grandchildren. His life experiences made him an amazing storyteller. He loved having people listening to his stories as much as he loved telling them. Summers were often spent around the fire at camp accompanied by family and countless friends. Camp was his favorite place, he often referred to it as his "fort". It fueled his love for the outdoors and being surrounded by people. Camp on Jordan Island held a very special place in his heart, as did the Jordan Island Family.
A man of many talents, Burt was also known for carving. He had the ability to take something from nature and turn it into a beautiful piece of art. He also had the unique ability to see the beauty and potential in something old. He loved antiques and would often buy and restore items tied to Maine's past. He had a deep appreciation for history and displayed a vast knowledge of American history as well as local history, especially about Packard's Camps, at the head of Sebec Lake. Above all else Burt's most favorite hat to wear was that of "Grampy". He took great pride in this role and took advantage of every opportunity to spend time with his grandsons, Kody, Noah, Carter, and Henry; passing down his love for all things nature and family.
Burt is lovingly survived by his mother, Darlene Brown of Fernandina Beach, Florida; son, Burton Garret Packard and his fiancé, Shelby, of Brunswick; daughter, Arian Marie Packard and her fiancé, Mike, of Guilford, his grandsons, Kody, Noah, Carter, and Henry; friend, Susan Cowles of Willimantic; and many aunts, uncles, and cousins. Burt is greatly missed by many, but especially by his faithful companions, his dogs, Bob and Mabel.
He was predeceased by his father, Burton M. Packard IV.
There will not be any services at this time. Arrangements are in the care of the Lary Funeral Home.
Messages of condolence and memories may be expressed to
laryfuneralhome.com
Published on January 9, 2020
To plant a tree in memory of Burton Glen Packard V, please visit Tribute Store.

Plant a tree in memory
of Burton

Al & Marie Casali
We just were informed of Burt’s passing and hope this message gets to his family.
Burt had done some carpentry work for us at our camp (Tim’s Cove ) . We also looked forward to seeing Burt & Mabel for our annual boat delivery. I enjoyed talking politics with him and his passing will take a piece of our Maine experience.

Al Casali. ( March 21)
Virginia “Ginna” Campbell
I am so glad to hear that “little” Burt has so many family members to carry on his name and memory. I grew up near cows shit corner where little Burt would visit his father. When we were little he was shy and gentle and it was obvious he would grow to meet the same stature of his father, which meant that little Burt ‘s nickname was not physically accurate by the time he was 10. Tall with a full head of wild yellow hair. That is how I will always remember him. He had a contagious unique laugh that rings in my ears as I write these words. My thoughts are with all those who shared Burts life intimately and to those whose lives he touched.
Katrina
You will always hold a special place in my heart. On the outside you were tough and strong but on the inside you were sweet, caring, gentle with a big heart. Rest easy and know you were loved. My heart goes out to you Burt and your family. You were taken way too soon. You will be forever missed by so many and loved by those closest to you. RIP I’ll love you always and forever.
JIM MICHAUD
Burt sounded like a very special man. I extend to you my condolences, as you mourn his departure.
Matt Libby
I knew Burt in my early 20’s. He was a gentle giant. We would play basketball after work and go and party at night. I was sad to see the news and am happy to have known him. My deepest condolences to his family and friends. I will keep you in my memories my friend. Rest peacefully.
Dick Dutson
Burt was both my neighbor and friend. Last time he was at my house was to help me get a stuck snowmobile out of my field. To me, it was impossible. To him, it was child's play. He will be sorely missed.
Scott Banks
The man the myth the ledgened......have great memories of burt.....carry on my friend.till then.
Charity (Turner) Thomas
Darlene,
Was so glad to get to know "little Burt" again and be his neighbor. Going to miss seeing and having him around 😥
Keith Doore
so sorry for your loss Burt will be missed by everyone he was always willing to help anyone in need
Keith Doore
Judy Rivenbark
So sorry Darline, Prayers are with you and the family
Holly McCann
Darlene,
I am so sad. I can’t believe this very sad news. Prayers go out to you. If you need anything, please call.
View all 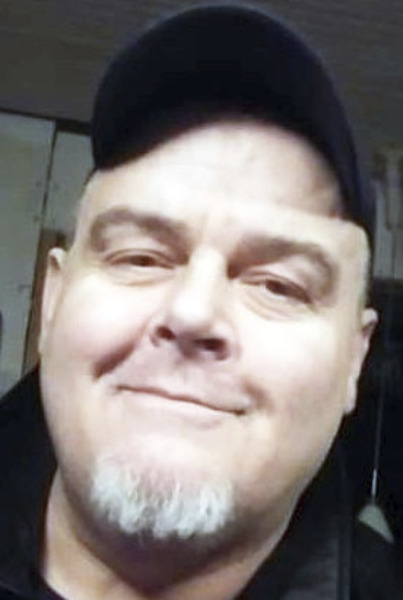