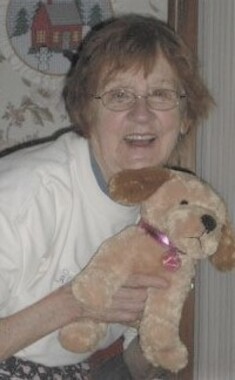 Back to Beverly's story

Orono - Beverly Louise (Brooks) Hallett passed away peacefully at Orono Commons on February 11, 2020, just six days before her 91st birthday. She was born February 17, 1929 in Madison, the daughter of William and Laura (Westcott) Brooks.
When Beverly was two years old the family relocated to Mars Hill, where picking potatoes was a big part of her life. She graduated Salutatorian of the Aroostook Central Institute, Class of 1948, and was the Potato Blossom Queen that year.
She married Herman E. Hallett of Mars Hill after World War II. They lived in Bangor for several years before buying their first and only house in Northern Maine Junction, Hermon, where they lived for over 50 years.
Beverly worked most of her adult life, holding numerous jobs throughout the years, along with caring for her mother and older brother at the end of their lives. She was a caring, happy, personable person who never met a stranger.
In addition to her parents she was predeceased by a half-brother, Richard Fowler, of Augusta.
She is survived by her husband of 68 years, Herman; son, William Hallett and his wife, Jean of Titusville, Florida; daughter, Kimberly Demmons and her husband, Dennis of Bangor; five grandchildren; eight great-grandchildren; half-brother, Alva Reed of N. Anson; and a lifelong , dear friend, Eleanor Tweedie of Mars Hill.
Bill and Kim would like to thank the staff at Orono Commons for their wonderful care of their Mom for the last nearly four years. Anyone can tend to ones needs, but their constant compassion, loving touch, and kind words were soothing to the soul.
A graveside service at Evergreen Cemetery, Hermon will be announced in the spring. Condolence to the family may be expressed at
BrookingsSmith.com.
Published on February 12, 2020
To plant a tree in memory of Beverly Louise (Brooks) Hallett, please visit Tribute Store.

Plant a tree in memory
of Beverly

Nancy Nightingale
Kim, I am so sorry to hear of your Mom's passing. She was a wonderful loving person whose laugh was infectious and a very big heart full of love. She shepherded me through the Hallett clan when your late cousin Ron took me to Maine from Florida away from home for the first time. She was my hero. My prayers are with you.
Monique & Kyle Bolduc
We are sorry to hear of your mother's passing Kim. We send our love and condolences to you and Denny and the family.
Brent Brown
Kim, I am sad to here of your mothers passing. I have many fond memories of your parents. She always could put a smile on my face. She will be missed by everyone in your loving family. My love and prayers go to you and Denny.
Kathy Flint
My thoughts and prayers are with you guys during this heartbreaking time. It was hard to have Beverley and Hermon move out of there home next door to us but now Beverley has moved on again. She was always so full of life and enjoyed company. She was a great neighbor. I am truly sorry for your loss.
Marie (McPherson) Eighmey
Herman& family: Sorry for your loss. Beverly was someone I looked up to in school. She was 2 or 3years ahead of me. Such a hard worker and really nice person.
Olive Bragg
Beverly was a lovely neighbor for many years. My thoughts and prayers are with you Kim and Bill.
Randy & Lori Lougee
To Kim and Denny we are so sorry to hear of the passing of your mom. She was such a bubbly and vibrant lady. Always greeted us with a big smile.
Marty Noyes
Sorry for your lose, I have known for many years, and very nice to have been any help to her. I remember when she shoveled the rear door steps off and got stuck in the deep snow and I saw her when I was plowing...Stay strong Bev. and Bill
Darlene and Mark Cookson
Kim, Denny and family we are sorry to hear about your loved ones passing.... ❤️
Clyde Morrill and My My Wife that Passed away!!!
We were their Neighbor's for along Time So many Momennts ....2 that really stand out as we got older Brb Brought me a stuff dog cause ...mine had Died...And Hermon would come over and have Coffee with me on My Steps out Front....It was a Andy Griffin Moment....So Sad!!!!!
Megan Watson Woodard
My thoughts are with you all! Beverly was just as much a grandmother to me growing up as my actual grandparents were! Many of my childhood memories were of you all.
View all 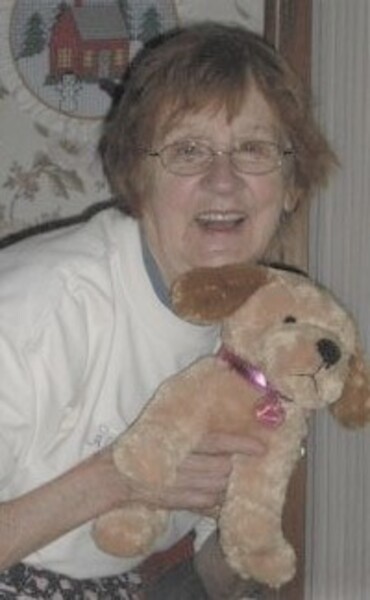