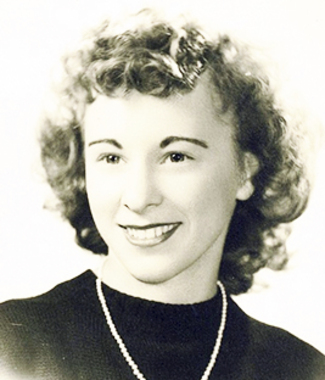 Back to Beverley's story

Dover-Foxcroft - Beverley Eldridge Anderson, 90, passed away January 22, 2020, at Hibbard Skilled Nursing Center, Dover-Foxcroft, after a valiant battle with Alzheimer's, surrounded by her loving family. Bev was born August 25, 1929, in Dover-Foxcroft, the daughter of Van W. and Edna F. Marsh Eldridge.
She was predeceased by her son, John "Trey" Earl Anderson III, in 1968; her husband, John "Jack" Earl Anderson, Jr., in 1986; siblings, Dorothea DeWitt, Robert DeWitt, Jack Eldridge, and Norman Eldridge; and brother-in-law, James D. Anderson and wife, Maxine Robichaud Anderson.
She was a graduate of Foxcroft Academy, class of 1948. Bev and Jack raised their three children, Trey, David, and Candy, in Dover-Foxcroft and were active members of the Dover-Foxcroft Congregational Church. Bev enjoyed her time serving as a member of the Mocutuc Club. She would often be heard cheering on Trey and David at football, basketball and baseball games and Candy's cheerleading events. Bev deeply loved her family, church family and community. She loved animals, flowers, dancing, and keeping the family home at 84 North Street pristine. Bev's vibrant, kind and compassionate spirit, as well as her sense of humor, will be missed.
Bev is survived by her son, David Marsh Anderson and wife, Patricia Bell; daughter, Candace Jane White and husband, Jere; and brother, G. Wayne Eldridge and wife, Shirley Buck Eldridge. She leaves four grandchildren, Darcie Sands and husband, Seth, Deri Weiss and husband, Ever, Daniel White and wife, Tara, and David White and fiancé, Rochelle Black, and fourteen great-grandchildren.
The family would like to express their heartfelt appreciation to Dr. Peck, the Special Care Unit Staff, and the Beacon Hospice Team for their skilled, loving, and compassionate care.
A celebration of Bev's life will be held 10AM Saturday, January 25, 2020, at the Dover-Foxcroft Congregational Church, with Rev. Dr. Stephen Hastings officiating. In lieu of flowers, memorial contributions may be made to the Trey Anderson Memorial Scholarship Fund, C/O Foxcroft Academy, 975 West Main Street, Dover-Foxcroft, Maine 04426. Arrangements are in the care of the Lary Funeral Home.
Messages of condolence and memories may be expressed at
laryfuneralhome.com
Published on January 22, 2020
To plant a tree in memory of Beverley Eldridge Anderson, please visit Tribute Store.

Plant a tree in memory
of Beverley

Skip & Brenda Larson
Dear Candy, David & Uncle Wayne,
We are so sorry for the loss of Auntie Bev, she will be missed by us as well. I loved her so much. She was such a sweet, kind person who loved her family and extended family. I have such good memories of all of you. Take care of each other and love your families as much as she loved you. Our love to you all.
Jill (Meierdierck) Adams
Dave, your mom was blessed to have such a devoted son. May wonderful memories comfort you.
Dave & Carol Robinson
Bev was a GREAT talker who was filled with a smile and a joke that made others smile too. She was a noticeable FA sport fan giving "her" cheer of support to both her relatives plus the many friends she knew. SORRY to Hawk and Candy and everyone close to Bev as she will be missed.
Beth Gardner
Thinking of you and your family during this difficult time.
Cheryl Hardy
Dave, I am sorry about your mother. She was very lucky to have a devoted son like you. Take care.
Dave Atkinson
Dave and Candy and all of the Anderson clan, my deepest sympathies and prayers. Bev was a very special person, exceptional Mom and serious cheerleader for all of the family. If there is anything I can do please call me.
Dottie Pratt
Dave and Patty, I am so sorry to hear about your mother's passing. I hope your memories of happy days with her will help you to get through this difficult time. You have my sincerest condolences.
Pete Caruso
Candy: so sorry to read of the passing of your mother. May she Rest In Peace. Please know we are thinking of you and your family at this time.
View all 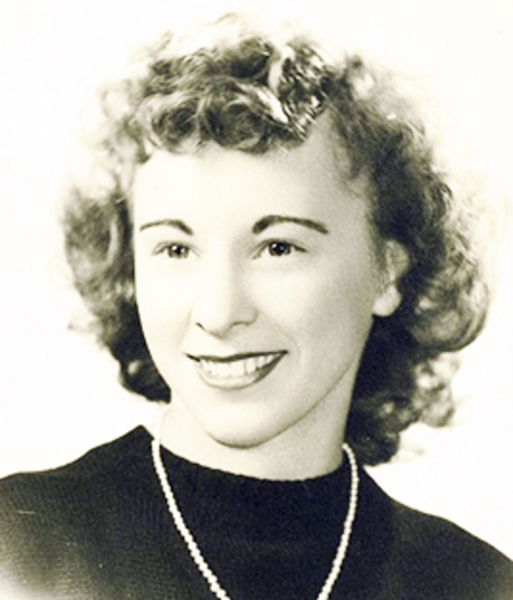