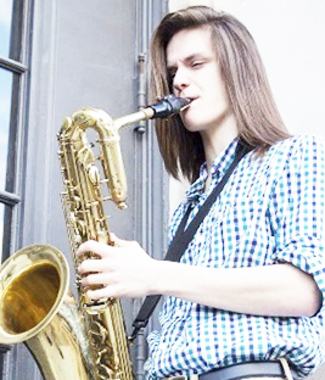 Veazie - Benjamin Robert Michael Patrick Deschesne, 19, died unexpectedly November 29, 2019 in Glassboro, NJ while away at college. He was born March 1, 2000 in Portland, the son of Stephen Deschesne and Julie (Alger) Adams.
Ben was a 2018 graduate of John Bapst Memorial High School in Bangor and was in his second year of college at Rowan University in Glassboro, NJ. Ben played baseball, soccer, tennis and football throughout his school years and was a member of the chess team at John Bapst continuing to play in online competitions. Ben was an accomplished musician having won multiple awards for excellence in state jazz competitions and having won the "Semper Fidelis" Award for Musical Excellence from the United States Marines Youth Foundation, Inc. and the Marine Corps League as a performing high school bandsman and soloist. He was accepted at the University of Maine on a full scholarship and was accepted at Berkley College of Music in Boston but ultimately decided to attend Rowan University to study jazz where he was a member of the Phi Mu Alpha Sinfonia Fraternity. He played the baritone saxophone and played 15 other instruments. A recent post on a college Facebook page described Benjamin as "a powerful, thoughtful human capable of things that defy understanding."
Surviving in addition to his father of Veazie and his mother of California; are his brothers and sisters, Stephen "Jake" Deschesne, Trevor, Clarissa and Aubrey Chamberlain; grandparents, Dawn Deschesne, Ann Waters and David Alger; aunt and uncles, Ruth Corey, Scott and Michael Deschesne, Barbara Armstrong and David Alger Jr.
Family and friends may visit 2 - 5 PM Sunday, Dec. 15, 2019 at Kiley & Foley Funeral Service, 299 Union St., Bangor where a service honoring Ben's life will be held at 5 PM as the visitation concludes. Private burial will be at a later date. For those who wish, memorial contributions may be made to John Bapst Memorial High School Music Department, care of Development, 100 Broadway, Bangor, ME 04401.
Messages and memories may be shared with his family at kileyandfoley.com
Published on December 9, 2019
To plant a tree in memory of Benjamin R. Deschesne, please visit Tribute Store.

A place to share condolences and memories.
The guestbook expires on March 08, 2020. 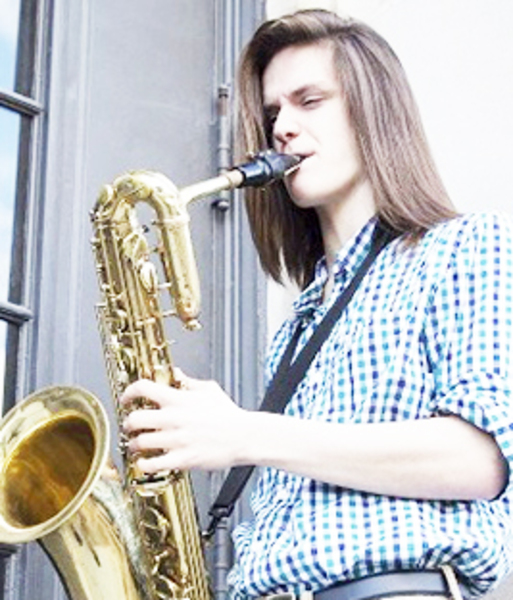