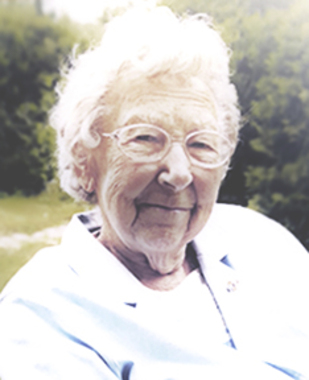 Back to Barbara's story

Searsport - Barbara C. Pearson, 89, passed away on May 12, 2019. Born on September 17, 1929, Barbara was a pillar of her community and an educational leader. She graduated from Crosby High School and the University of Maine. Barbara lovingly taught kindergarten in Searsport for the bulk of her professional career. As an advocate for inclusive education, early intervention, and teacher rights, she was a visionary in her time.
In 1952 Barbara married her sweetheart, Palmer Pearson, and they enjoyed 61 years of marriage before his passing in 2013. They enjoyed traveling in their RV and abroad with friends. They wintered in Clearwater, Florida for many happy years. In 2015, Barbara took her great-granddaughters to Disney, and she spoke enthusiastically about this trip until her passing.
Barbara was active with many organizations including Epsilon Chapter of Delta Kappa Gamma, First Congregational Church of Searsport, WCEA-Retired, Senior Spectrum's Meals on Wheels, Big Brother, Big Sister, Waldo County YMCA, Mosman Park Association, and Swan Lake Association. She enjoyed going out to eat and could talk to anyone.
Barbara is survived by her daughter Debbie Bryant of Belfast, son, Jeff Pearson of Searsport, granddaughter, Ashley Reynolds (Corey) of Morrill, grandson, Ben Pearson of Searsport, and great-granddaughters, Hope and Harper Jane Reynolds, whom she loved dearly. She is also survived by her cousin, Phil Crosby and wife Judy of Belfast, along with many, many dear friends who have been like family throughout the years. Barbara was predeceased by her parents, husband "Pete" Pearson and cousin Betty Breslin.
The family wishes to thank the staff of Harbor Hill for their dedicated care and Pastor Deb Arnold for her unyielding compassion.
Barbara will have a celebration of life on Sunday, May 19th at the First Congregational Church of Searsport. Friends, family, and community members are welcome to gather between 2:00-3:00 p.m in the sanctuary for a time of visiting, followed by the service and reception at 3:00 p.m. We encourage attendees to wear bright colors in honor of her.
Those interested in making a donation in Barbara's honor may do so to one of the above listed organizations. Arrangements are under the care of Young Funeral Home and Cremation Services Searsport. (mitchelltweedie-young.com)
Published on May 14, 2019
To plant a tree in memory of Barbara C. Pearson, please visit Tribute Store.

Plant a tree in memory
of Barbara

A place to share condolences and memories.
The guestbook expires on August 12, 2019.