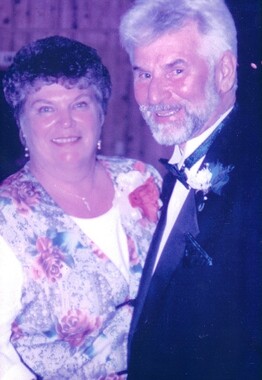 Back to Alfred's story

Howland - Alfred L. Theriault Jr., beloved husband of Gail (McCann) Theriault, passed away February 11, 2020, in Lincoln, Maine. Al was born Jan. 31, 1930, in Bridgeport, Connecticut, eldest child of Alfred Sr. and Lillian (St. Thomas) Theriault.
His family moved back to Maine in 1932. He worked alongside his dad in the woods at the age of 10. He attended Howland schools, and graduated in 1947 from Lee Academy.
He enlisted in the United States Navy in 1947, attended Navy recruit training and electrical school at Great Lakes, Illinois. He was then assigned to home port in Norfork, Virginia. Al proudly served 2 1/2 years on the Chuckawan, 1 year on LST 532, and 2 months on AR13 Repair Ship. He served during the Korean Conflict in the North Atlantic, Europe, North Africa, the Mediterranean Sea, Germany, Italy, and France. He received the good conduct medal and was honorably discharged November 30, 1951 in Newport News VA. He married M. Loreen Coppedge in Richmond, Va. in 1951.
Al joined the IBEW in 1952. In 2017, he received an award for 65 years membership. He worked for the Chesapeake and Ohio RR from 1951 to 1954.
He sent money home to his dad to buy the land in LaGrange to build sporting camps where his heart really was, in Maine. His father ran them until sickness overtook him. Al moved back to Maine in 1954, after his dad's death. He ran the camps during the 50's and 60's. He worked in electrical construction, and he held his Master Electrician license from 1961 to 1994. When Dr. Nesin moved to Howland and built his new house, Al wired it for them at no charge. When Al and Loreen's twin boys were born, Dr. Nesin delivered them at no charge.
After Loreen passed away in 1969, Al married Gail McCann York, June 6, 1970. With her two children, and his five, they combined their two families and set about building a life together. They spent their summers at their camp on Cold Stream with all the kids until 1977. They then sold the house in Howland and moved to the lake permanently. He went to work for Lincoln Pulp and Paper as Electrical Superintendent in 1981, and retired in 1992 as Maintenance Manager.
Al was a registered Maine Guide. He was a member and past commander of the American Legion Post #97 in Howland, and was a 3rd degree member of the Knights of Columbus.
Besides his parents and first wife, Al was predeceased by an infant daughter; a son, Stewart; his brothers, Euclid and Douglas; and two daughters-in-law, Tina Theriault and Sandy Theriault; sister-in-law, Joyce Theriault; granddaughter, Ashley Coffman; and a nephew, Galen Humphrey.
He is survived by his wife of 50 years, Gail (McCann) Theriault, and their children, Stan and Colleen Theriault of Palmyra, Alfred Theriault 111 of Old Town, Nina Theriault of Old Town, Trina and Darrell Toothaker of Enfield, Lisa and Rob Plourde of West Enfield, and David Theriault of Stillwater, OK. Nine grandchildren got to call him Bumpa, and he was special to them all: Matthew Theriault, Tristaka (Theriault) Murner, Allison Eaton, Margo Theriault, Lynn Theriault, Michael Toothaker, Courtney Coffman, Chad Theriault, and Makenzie Plourde. Also the great-grandchildren, whom Al got so much pleasure in watching them grow: Marina McCafferty, Jaydn Verrill, Jacob Jurczyk, Delilah Murner, Avery Murner, Lincoln Murner, Breighson Plourde, Sebastian Munster, Dominic Toothaker, and Chasen Eaton; sisters, Mary Lou and Don Sereyko of Howland, Bernadette Humphrey of Sanford; and sister-in-law, JoAnn Theriault of Enfield. He was very proud of all of his family, and treated them all equally.
Al was an honest, caring, and very fair man. His family always came first for him. He always wanted his family to have the same work ethics, honesty and sense of responsibility that he always had, knowing it would serve them well in all of their lives.
He made a lot of friends over the years, a lot of them on the various jobs that he did, and the friendships lasted a lifetime. He was a friend to everyone on the Davis Road where he lived, always looking out for his neighbors, and doing what he could do to help anyone out.
Al was very proud of his Acadian heritage, and took great pleasure in entering all of his family history in to the Terriot Acadian Family website. In the process, he made good friends with Joseph Theriault, the webmaster of that site. They met a few times at the Acadian Reunions which were attended by people nationwide. Al was proud to be chosen as one of six people chosen worldwide to establish a benchmark for the Theriault DNA for the Theriault Acadian family.
He loved music, loved to dance and sing. He loved fishing and being on the water. He and Gail spent a lot of years going down to Eastport to fish the waters off of Grand Manan, enjoying watching the dolphins, seals, and whales. One time they were lucky enough to come upon a huge basking shark in the waters around Campebello. Wherever they went, there was always an adventure. In later years, they gave up the oceangoing boat, and bought a smaller fishing boat and a camper, and spent a lot of time camping and fishing remote areas around Maine.
He was an avid hunter, spending a lot of time in his younger years in the woods with his dad. His favorite place to be was at the hunting camp. He was there every chance he could get while he was working. After his retirement, he and Gail spent two months every fall there. It had become their special place to be. That camp was there because of the joint effort of Al and his dad.
There will be a celebration of his life at St. Leo's Catholic Church in Howland, a church he helped build at age 16, at a later date. Arrangements are by Lamson Funeral Home, Clay Chapel, Lincoln. Messages of condolence may be expressed at www.lamsonfh.com
Published on February 11, 2020
To plant a tree in memory of Alfred Lafayette Theriault Jr., please visit Tribute Store. 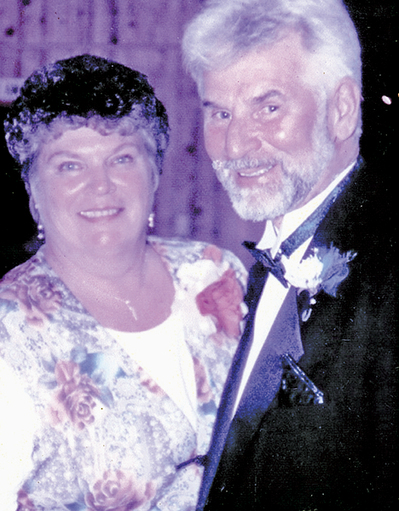 Plant a tree in memory
of Alfred

Sanford Chesley
Gail, he was a father figure to a lot of us. so sorry.
Sue & Richard Kenney

Bob & Linda Stanley
So sorry to hear of Al’s passing. He will be sadly missed by many friends. You are all in our thoughts and prayers.
william pedley
So very sorry to hear of big Als passing. Although I never worked with/for Al, my late brother, Rick, as an apprentice, worked for Al in Lincoln. i remember a story he used to tell about locking the keys in the job trailer after work one night. The next morning he shimmied through a window so he wouldnt get in trouble. Al knew all about it and made Rick a key ring out of a 3 inch rigid stub. I last saw Al when I was ice fishing on cold stream, he saw the bug in the window and when he found out who I was we talked so long my traps froze in. he was one of the greats.
Norman Clark jr
I want to send our heart felt condolences from Norman sr. ,Colin and myself . Dad and I worked in Lincoln as far back in the 1970's for Al and through the years after and we have known him for a long time. The last time I think I saw him was at one of the IBEW 1253 picnic's a while back. I'll be sure to say a prayer for Al our union brother tonight he was one of the good guys. May God bless.
Nancy Daigle
I am very very sorry for your loss
Betty Nadeau
Can’t express in words my heartfelt condolences to all the family.. he was truly the kindest man ever and he , Loren and Gail and their children were my neighbors on Ring Street.. treated my children like his own. Hugs and prayers
Carmen Weatherbee Wilson
Al's joyous smile, always filled with sincerity, will be missed. Spending time with the Theriault family was the highlight of my youth. Many memories were made, which I will cherish always. My sincere condolences to Gail and the entire family.
Heidi & Ron Plourde
So very sorry for your loss. Al will be missed. Such a nice man. Thinking of all of you.
Linda Spencer Yusko
So very sorry for famlies loss. Sending prayers to your family.
Carolyn Ferguson and behalf of David also
Words can't express our valued friendship for many years and being their neighbor for many. Their family has always been special! God only takes the best! My heart goes out to you all!
View all 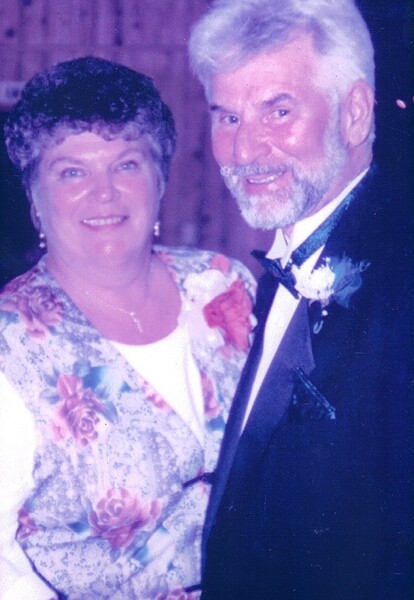